Chelsea are set to hijack Tottenham’s move for Southampton midfielder Victor Wanyama with Jose Mourinho readying a £20m January bid, according to reports.

With the summer transfer window now closed for business, it’s time to start looking at those deals that failed to get over the line and those which are being lined-up for the future. Today, Chelsea are linked with Victor Wanyama…. 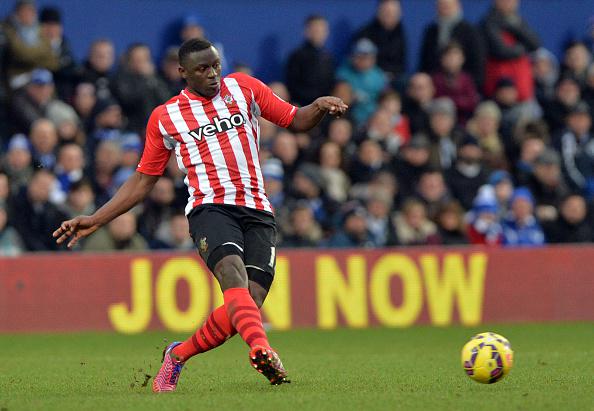 Chelsea are set to hijack Tottenham’s move for Southampton midfielder Victor Wanyama with Jose Mourinho readying a £20m January bid, according to the Daily Star.

Wanyama made his name north of the border after a hugely successful two-year stint with Scottish champions Celtic which earned him a big-money move to St Mary’s in 2013.

The Kenyan international has continued to impress during his time on the south coast over the past 24 months and his excellent form led to speculation over a potential move during the summer.

The Daily Star claim that Tottenham made a last ditch move for the 24-year-old after offering £18m plus Erik Lamela on loan during the final days of the transfer window.

That offer was rebuffed by Southampton with Ronald Koeman desperate to keep hold of the powerful midfielder but it appears their resolve will be further tested this winter.

We’ll have to wait and see whether Spurs will renew their interest in January but the Daily Star claim that Chelsea are now ready to join the race for Wanyama’s signature.

The Blues have endured a difficult start to the new season and despite Saturday’s win over Arsenal, the defending champions still sit eight points behind leaders Manchester City.

It appears Jose Mourinho is now looking to strengthen his midfield options this winter and the newspaper report suggests the Portuguese coach will submit a £20m bid for Wanyama.

It remains to be seen how Southampton would react if such an offer was put on the table but Wanyama is now inside the final two years of his contract and is showing no sign of penning an extension, so it’s coming to a point where they may be forced to cash-in.

If they refuse to sell in January then the midfielder’s value will drop considerably in the summer when he’ll be in the final year of his deal and they would even run the risk of losing him for nothing if he chose to run-down the final 12 months.

I think Wanyama would be an astute signing for Chelsea if they could lure him to Stamford Bridge and a big bonus would be the fact he wouldn’t be cup-tied in Europe after Southampton crashed out of the Europa League.

Let’s see how things develop over the coming months but I think it would be a great signing by Mourinho if he was to snap up Wanyama this winter.