With the summer transfer window now closed for business, it’s time to start looking at those deals that failed to get over the line and those which are being lined-up for the future. Today, Arsenal and Chelsea are  linked with a Senegal striker… 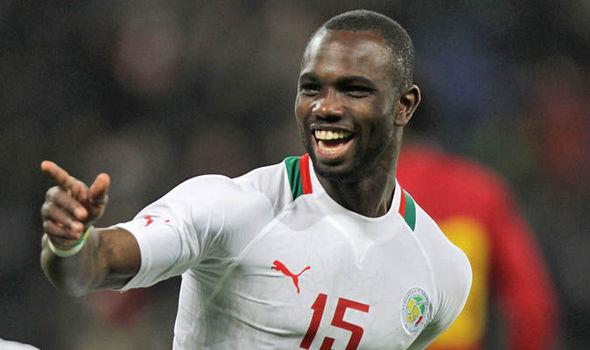 The agent of Senegal international Moussa Konate claims that Arsenal and Chelsea are among the clubs showing a keen interest in signing the £10m-rated striker, according to the Mirror.

Konate had previously played with Maccabi Tel Aviv and Genoa before earning a move to Swiss side FC Sion from Russia outfit Krasnodar in the summer of 2014.

The 22-year-old has really found his feet in the Super League having scored 27 goals and provided 11 assists in his 43 appearances for Sion so far, and he also caught the eye after scoring five goals for Senegal at the 2012 London Olympic Games.

It appears his potential has alerted a number of clubs throughout Europe with his agent, Antoine Issa, claiming that Arsenal and Chelsea are among those who are showing a keen interest in the striker.

However, Issa warned that Konate would also consider offers from Germany or Spain while he believes Sion would demand a fee of at least £10m in order to cash-in on the striker after already rejecting bids of around £6m from the likes of Hannover, Mainz and Bruges.

“Lots of English clubs are interested in Moussa – Chelsea and Arsenal scouts are keeping an eye on him – but he is not obsessed with the Premier League and will consider good offers from Germany, Spain or England.

“Hannover, Mainz and Bruges were keen on him this summer, offering up to £6m. But Sion said they would not sell for less than £10m.” Issa is quoted as saying by the Mirror

Konate is predominantly used as a centre forward by Sion but he’s also capable of playing on the wing if needed and has been known to play out wide for Senegal – who he’s already earned 10 senior caps for.

There’s no doubt he’s developing into a fine striker but I’m not sure he’s at the level required just yet to play for the likes of Arsenal or Chelsea, so I’d personally be surprised if either club decided to make a formal move. The agent could just be using their names to drum up interest in his client.