Tottenham take on Arsenal at White Hart Lane this evening. Here’s a preview with team news, likely line-ups, betting and predicted score for the game.

Tottenham entertain North London rivals Arsenal at White Hart Lane this evening in what is the stand-out fixture of the 3rd round of the Capital One Cup.

After a poor start to the season, Spurs head into the game in decent form having won their last three matches in all competitions which has seen them register wins over Sunderland, Qarabag and Crystal Palace.

Arsenal on the other hand are looking to avoid a third consecutive defeat after going down 2-1 at Dinamo Zagreb in the Champions League last week before a controversial 2-0 loss at Chelsea on Saturday.

North London derbies are always feisty affairs and tonight should be no different as the duo vie for a place in the draw for the fourth round of the League Cup.

Tottenham will have to make do without the services of Ryan Mason as the midfielder has failed to prove his fitness following a knee injury.

Nabil Bentaleb is also missing as he continues to nurse an ankle problem while Mousa Dembele and Alex Pritchard are also unavailable.

Mauricio Pochettino is expected to make use of his squad with the likes of Kevin Wimmer, Kieran Trippier and Tom Carroll pushing for starts while Christian Eriksen should start after making his comeback off the bench on Sunday.

Arsenal with be without midfielder Francis Coquelin after he suffered a knee injury against Chelsea at the weekend so Mikel Arteta is expected to come in.

Per Mertesacker has been passed fit after recovering from a virus while Gabriel is available after the FA overturned the red card that he picked up against Chelsea.

Santi Cazorla is suspended though after his dismissal at Stamford Bridge so Aaron Ramsey could move into the middle of midfield. 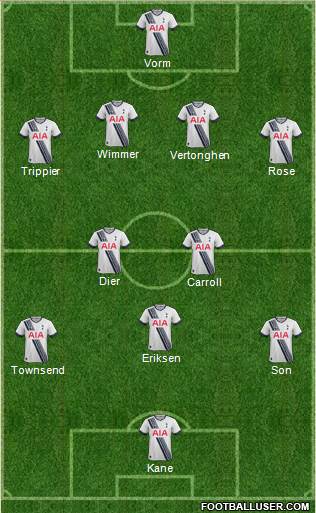 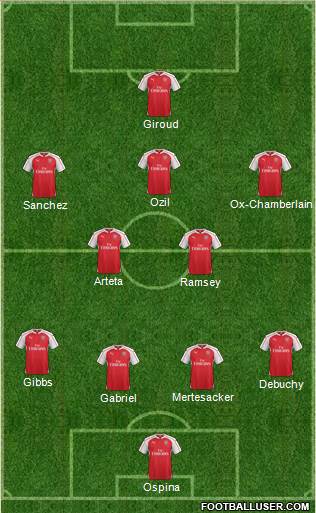 Tottenham 1-2 Arsenal: North London Derbies have produced some thrilling games over the years but I don’t expect tonight to be another classic. Neither side is playing their best football but I have a sneaky feeling the Gunners might just edge this one.

Arsenal are the narrow favourites to win the game but Football-Talk can get new customers enhanced odds of 9/1 for a Tottenham win or 6/1 on Arsenal winning. My prediction of 1-2 is available at odds of 17/2, while I also like the look of Olivier Giroud to open the scoring at odds of 5/1. If we combine those two bets in a score-cast, then we get very tempting odds of 28/1.