Chelsea take on Walsall in the League Cup this evening. Here’s a preview with team news, likely line-up, betting and predicted score for the game.

Chelsea begin the defence of the Capital One Cup when they take on Walsall in the 3rd round at the Bescot Stadium tonight.

The Blues endured a disastrous start to the new Premier League season but got their campaign back on track with a controversial 2-0 victory over Arsenal on Saturday afternoon.

Jose Mourinho will make some changes to his side for this evening’s game but will be cautious not to tinker too much after losing away to Bradford in the FA Cup last season.

Walsall won’t be coming to make up the numbers either and have enjoyed a superb start to the campaign as they currently sit second in League One while they dispatched of Championship leaders Brighton in the previous round.

With trips to Newcastle and Porto coming up over the coming week, Mourinho is expected to rest some key men with Branislav Ivanovic, Kurt Zouma, Cesc Fabregas, Eden Hazard and Diego Costa likely to be given a breather.

Mourinho may decide to hand Jamal Blackman a rare start in goal to protect Asmir Begovic as the Bosnian will have to deputise for the injured Thibaut Courtois over the coming weeks.

Brazilian international Willian remains on the sidelined with a hamstring injury. 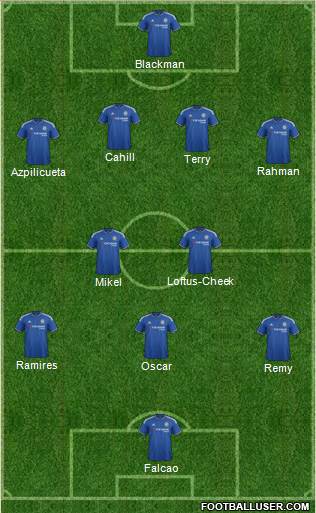 Walsall 0-2 Chelsea: The Blues have yet to hit top form this season and they were fortunate to beat Arsenal after Costa escaped a red card, but despite making several changes tonight, I still expect the defending champions to progress to the fourth round.

Chelsea are the heavy 2/5 favourites to win the game but my prediction of 2-0 is on offer at 13/2. If you want a little more value I like the look of Falcao as first goalscorer and if we combine that with a 2-0 away win in a score cast, then we get very tempting odds of 16/1.