Arsenal booked their place in the fourth round of the Capital One Cup with a 2-1 victory over Tottenham at White Hart Lane. Here are ratings from Gooner Mac: 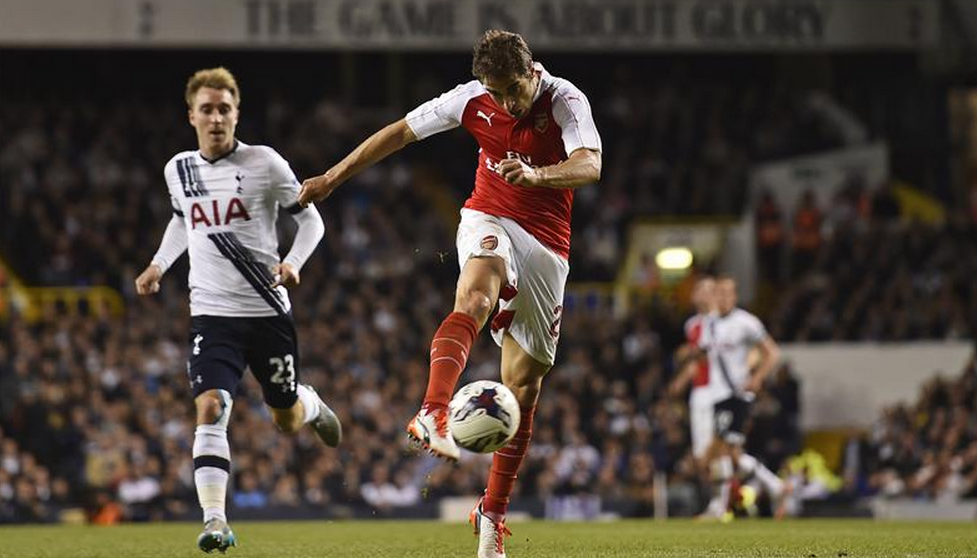 Arsenal booked their place in the fourth round of the Capital One Cup with a 2-1 victory over North London rivals Tottenham at White Hart Lane last night. Here are ratings from Gooner Mac:

Ospina  6.5/10  | Should have given Chambers a clear shout to leave Chadli’s cross as he had it covered but produced an excellent stop to deny Eriksen.

Debuchy  4/10  | Really struggled against Rose all night. Looked well off the pace and failed to cut out Chadli’s cross which led to their goal.

Mertesacker  7/10  | Held the back-four together at times and made a number of clearances and interceptions. Good to have him back.

Chambers  5/10  | Needlessly stuck a leg out to divert Chadli’s cross past Ospina. Looked a little shaky at times too.

Gibbs  7/10  | A solid shift from Gibbs. Given little trouble by Townsend and looked to get forward when he could.

Arteta  5/10  | A real pro but his legs are gone. He just can’t get about the pitch quick enough but showed his professionalism to cope with an early booking.

Flamini  8/10  | The unlikely hero. Opened the scoring with a tap in before winning it with a thunderous volley. Had a great all-round game, too.

Oxlade-Chamberlain   7/10  | A threat when he was on the ball as he was always looking to run at the defence and commit defenders but final ball was lacking at times.

Ramsey  7/10  | Grew in to the game and created some decent goal-scoring chances but his goal drought continues.

Campbell  5/10  | A passenger at times as he struggled to have any influence on the game.

Giroud  6/10  | Did his best to get involved but his hold-up play was lacking – although he was a little isolated at times. Missed a couple of decent chances.

Sanchez  6.5/10 | Made a real difference when he came on as his presence forced Tottenham back at a time when they were on top.

The victory earned us a trip to Sheffield Wednesday in the next round and it lifts the pressure after two disappointing away defeats. Next up is another tricky trip to Leicester this weekend.