Arsenal could be in hot water with the Football Association after their fans tore down hoardings in the away end at White Hart Lane last night. 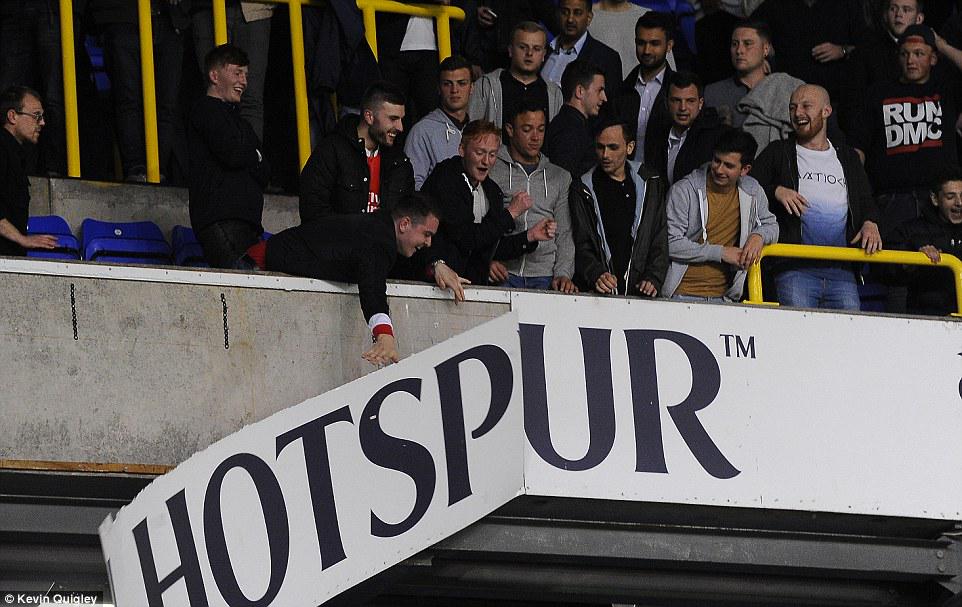 Arsenal could be in hot water with the Football Association after their fans tore down hoardings in the away end at White Hart Lane last night.

The Gunners secured a thrilling 2-1 win over their North London rivals in the third round of the Capital One Cup on Wednesday night thanks to a stunning winner from Mathieu Flamini 15 minutes from the end.

It was decided that the Arsenal fans would be kept in the stadium for 30 minutes to try and help avoid any crowd trouble outside on the streets after the game.

However, the decision back-fired as the supporters took the opportunity to vandalise the stadium by tearing down the hoardings and signage around the away end.

Obviously the incident involved a minority of fans but this isn’t what you’d expect from a club like Arsenal. The FA are still likely to take a dim view on it and Arsenal will no doubt be hearing from the governing body soon and a hefty fine could follow.

There were also reports of clashes between rival supporters outside the stadium last night so the police may also be speaking with both clubs over the coming days.

Here are photos and two videos: 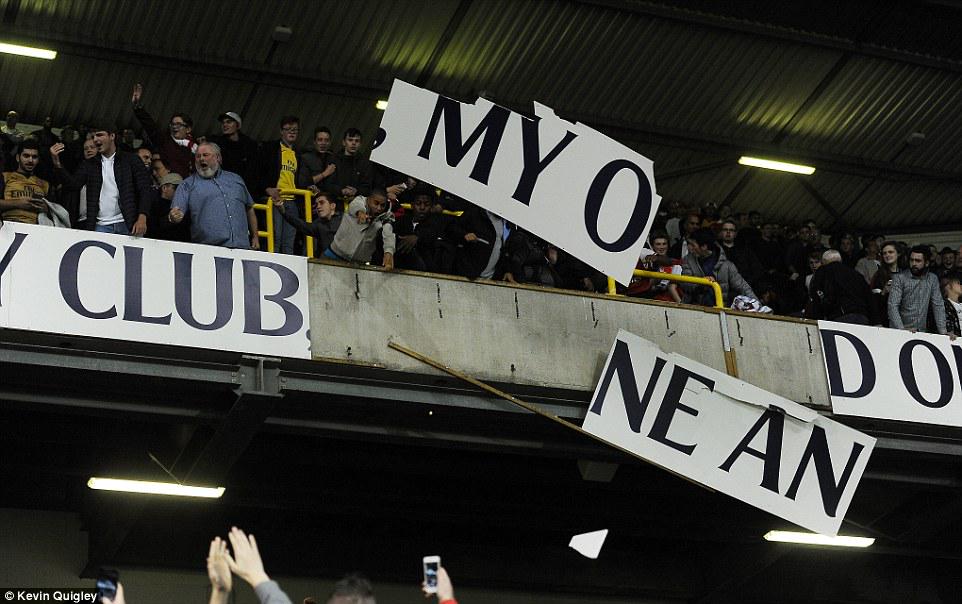 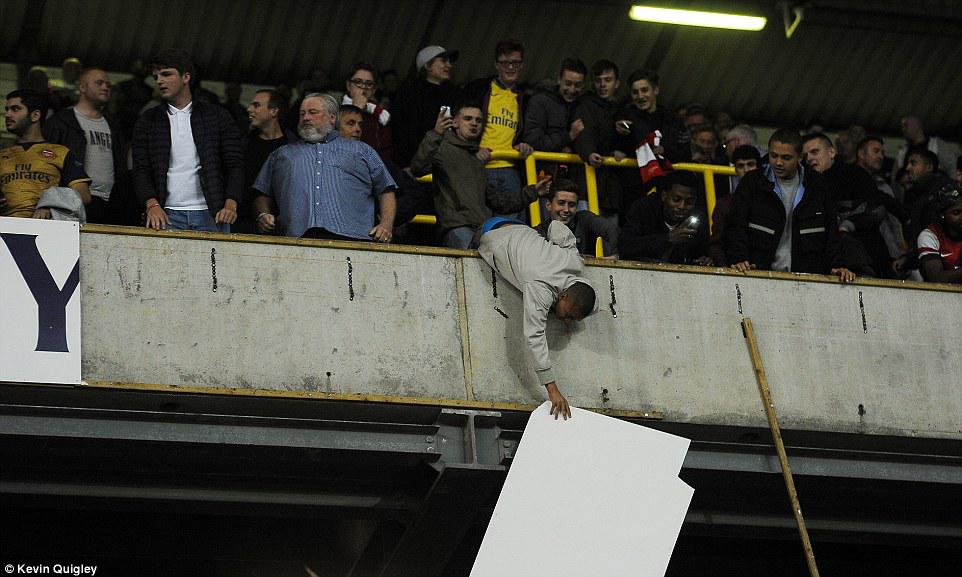 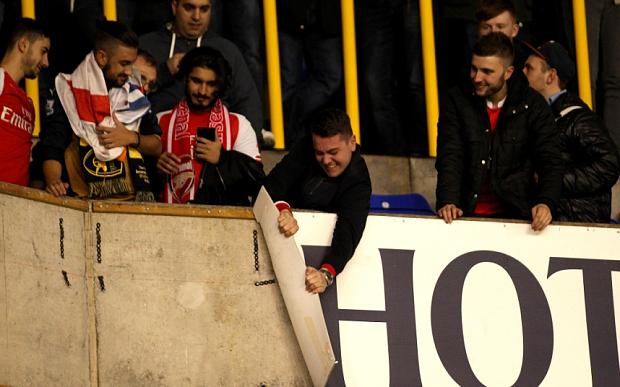 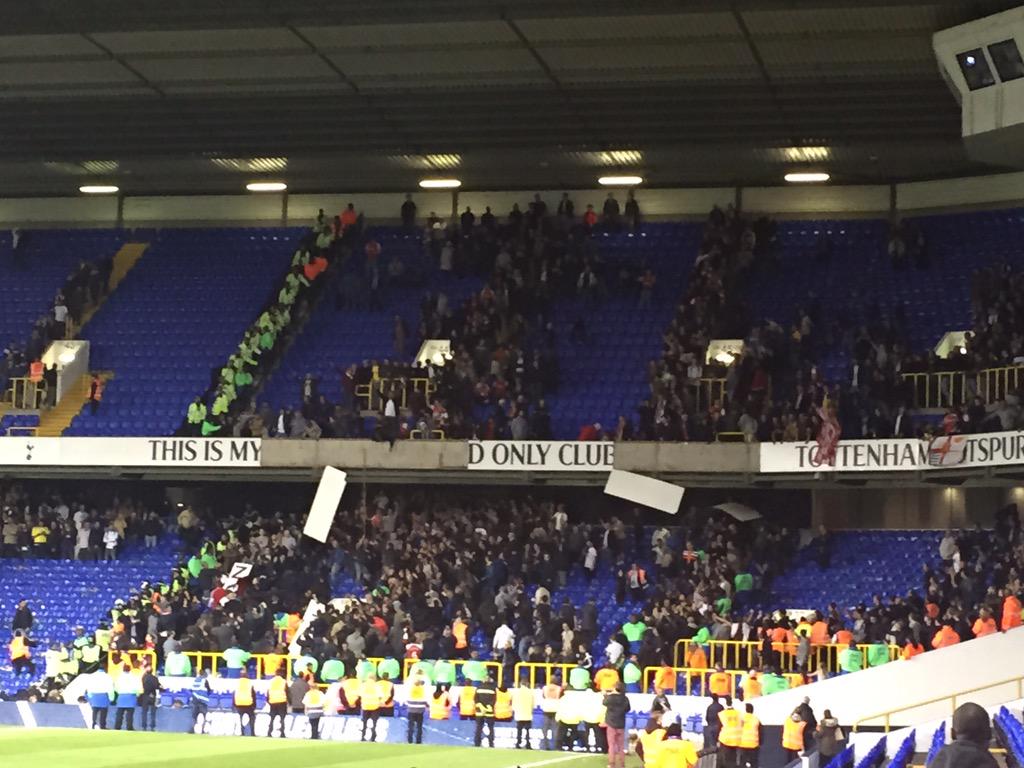 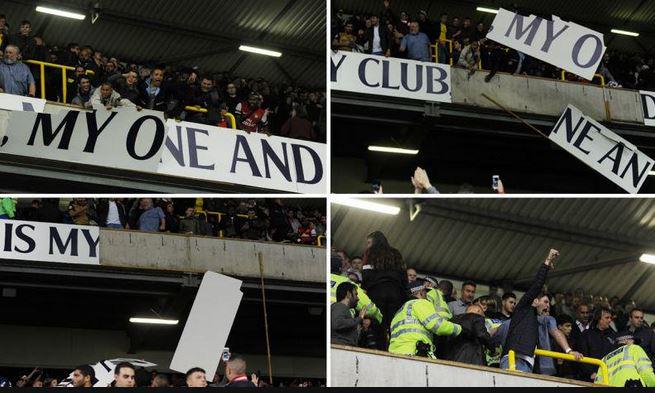