It was a night to forget at the Emirates as Arsenal crashed to a 3-2 defeat to Olympiacos to leave our Champions League hopes in tatters. Here are my ratings: 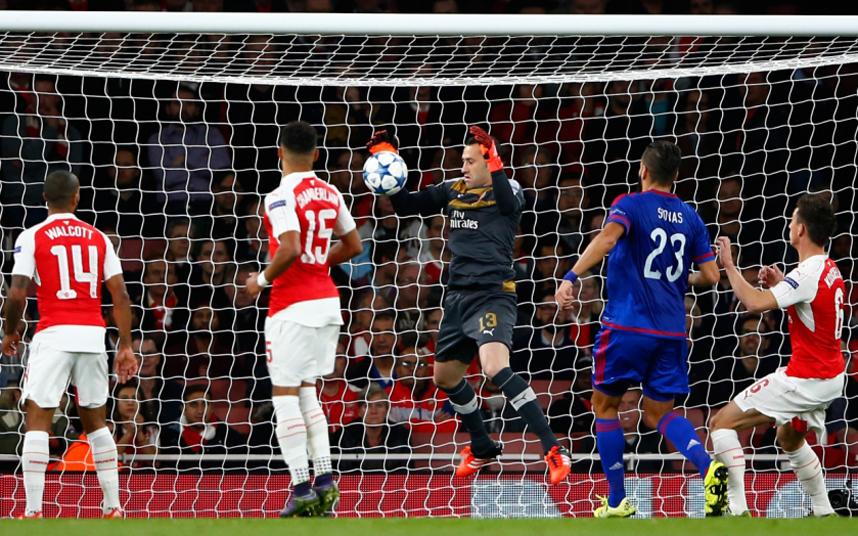 It was another night to forget at the Emirates as Arsenal crashed to a shocking 3-2 defeat to Olympiacos to leave our Champions League hopes in tatters.

Ospina  3/10 |  Huge error when he dropped a corner over the line for 1-2. If that doesn’t happen, I’m almost sure we win the game. God knows why Arsene ‘rested’ Cech. It cost us badly.

Bellerin  5.5/10 |  Was dangerous going forward but a little suspect at the back.

Koscielny  6/10 |  Was having a decent game before being forced off with a hamstring injury.

Gabriel  6/10 |  A beast at times but still part of a defence that shipped three goals. The chemistry at the back wasn’t right.

Gibbs  5/10 |  Caught out of position for the crucial third goal. Still seems to wander too much at the back.

Coquelin  6/10 |  Was playing well but was sacrificed early in the second half as we needed goals.

Cazorla  5.5/10 |  Not his night. Saw a goal-bound effort cleared off the line and his incisive passing was missing at times.

Oxlade-Chamberlain   6/10 |  Lively when on the ball but final ball is still lacking.

Alexis  8/10 |  Easily our best player. Worked his nuts off, scored our second and set-up the first for Walcott.

Ozil  5/10 |  Went missing when we needed him to step-up. A frustrating night for the German.

Walcott  7.5/10 |  Another goal and he also set-up Sanchez with a fine cross. Movement continues to impress.

Mertesacker 5/10 | Didn’t look ready to come on as he was asleep for the third goal.

Ramsey 6/10 | We certainly had more drive from midfield when he came on but he couldn’t help drag us back in to the game.