Liverpool take on Everton at Goodison Park on Sunday afternoon. Here’s a preview with team news, likely line-ups and predicted score for the game.

Liverpool will look to bounce back from their midweek disappointment when they take on Everton at Goodison Park on Sunday afternoon.

The Reds have endured a dismal start to the new season and the pressure on Brendan Rodgers’ shoulders intensified after being held to a 1-1 draw at home to Swiss outfit FC Sion in the Europa League on Thursday night.

Liverpool did manage to get back to winning ways in the Premier League last weekend with a 3-2 victory over Aston Villa thanks largely to a superb double from Daniel Sturridge so Rodgers will be hoping for more magic from his talisman on Sunday.

Everton head into the game sitting fifth in the table – one point above Liverpool – after a solid start to their campaign and Roberto Martinez’ side will still be on a high following Monday night’s thrilling comeback to secure a 3-2 victory over West Brom.

Liverpool are set to recall a number of first team players after they were rested against FC Sion last night with Strurridge expected to start up front.

Adam Lallana could retain his place though after getting himself on the score-sheet last time out and he could replace Danny Ings in attack if Rodgers wants to go with a slightly more defensive line-up away from home.

As for Everton, John Stones is once again set to miss out through injury so Ramiro Mori should start alongside Phil Jagielka at the back.

Seamus Coleman should be fit to start at right-back but Tom Cleverley, Muhamed Besic and Leighton Baines all remain sidelined. 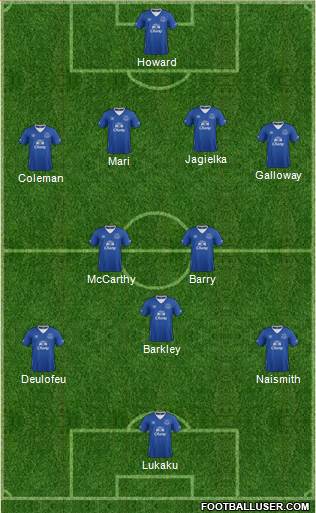 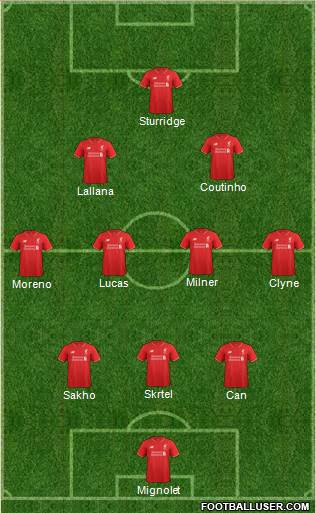 Everton 1-1 Liverpool: The Reds are yet to hit top form this season but form usually goes out the window in derbies and it’s worth remembering Rodgers has still not lost to Everton. I expect that run to continue with Liverpool taking away a useful point from Goodison Park.