Arsenal boss Arsene Wenger will try to finally bring in a new striker this January with Nolito and Alexsandr Kokorin on his radar, according to reports

With the summer transfer window now closed for business, it’s time to start looking at those deals that failed to get over the line and those which are being lined-up for the future. Today, Arsenal are linked with a new striker… 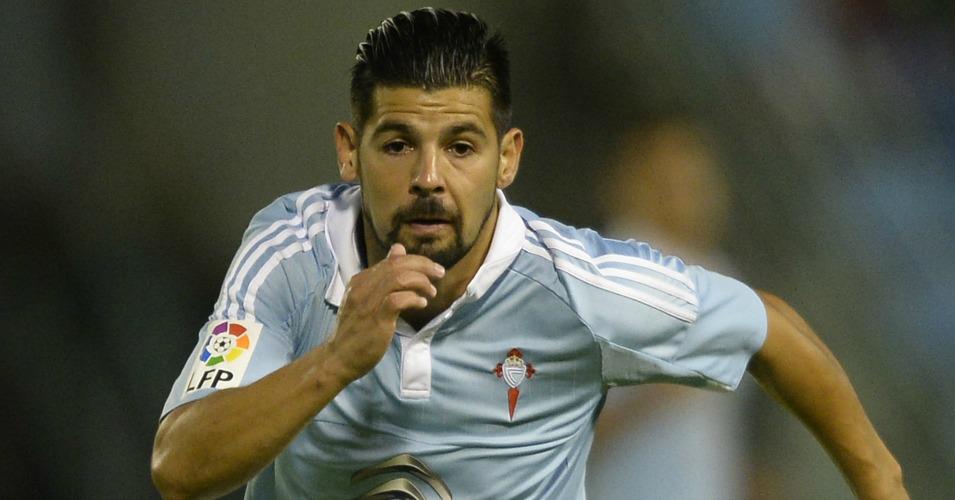 Arsenal boss Arsene Wenger will try to finally bring in a new striker this January with Nolito and Alexsandr Kokorin on his radar, according to the Daily Mail.

Wenger faced a real backlash from fans after failing to bring in a single outfield player during the summer with goalkeeper Petr Cech our only significant new addition to the squad.

While competition for Francis Coquelin in the defensive midfield role was seen as vital, a new centre-forward was also on many fans wishlist and we were linked with a whole host of top names throughout the summer but failed to get any deal over the line before the window slammed shut.

However, the Daily Mail claim that the boss is ready to try again this winter and has instructed his scouts to identify potential targets as he plans to bring in a new striker in January.

Nolito has enjoyed a mixed career and has only really began to fulfill his potential since joining Celta in 2013, and after scoring 13 goals in 36 games last season, he’s already bagged 5 in 5 appearances so far this term.

The 28-year-old’s form has led to a call-up to the Spanish national team and with a £13m buy-out clause written in to his contract, he’d represent something of a bargain in today’s over-inflated market.

Kokorin was linked with a move to the Emirates during the closing stages of the summer and the powerful front-man has impressed scouts during his time at Dynamo where he’s played since joining the club way back in 2008.

The Russian international scored 10 goals in 39 games last year and has 3 in his 7 appearances so far this campaign, and at just 24-years-old he’s now coming to the peak years of his career.

I personally think it’s important we try and strengthen the squad in January, particularly if we’re still challenging for the title, and a striker should be a priority.

Theo Walcott’s emergence as a centre-forward has certainly lessened the need to an extent, but we have a great chance of pushing for the title this year so we should give ourselves every chance by adding another option in attack.

However, I’m not sure either Nolito or Kokorin are the answer as I think we should be showing more ambition in the market. The problem is, if we couldn’t sign a world class forward in the summer then we have even less chance of doing-so in January.