Manchester United are eyeing a move for £22m-rated Valencia centre-back Shkodran Mustafi but will face stiff competition for his signature from Bayern Munich.

With the summer transfer window now closed for business, it’s time to start looking at those deals that failed to get over the line and those which are being lined-up for the future. Today, Man Utd are linked with Shkodran Mustafi… 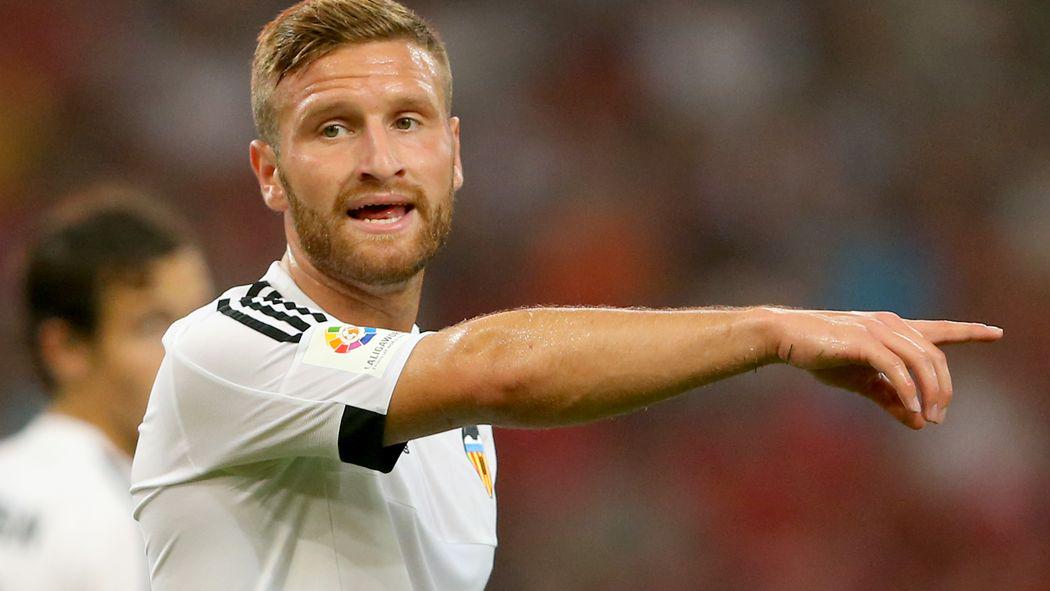 Manchester United are eyeing a move for £22m-rated Valencia centre-back Shkodran Mustafi but will face stiff competition from Bayern Munich, according to the Express.

Mustafi has previous experience of living in England after being on the books at Everton but joined Sampdoria in 2012 after three unsuccessful years at Goodison Park that saw him make just one competitive appearance for the club.

However, the 23-year-old has gone on to develop in to one of the most highly-rated young defenders in European football and after impressing during his two-year stay in Italy, he joined Valencia in the summer of 2014.

Mustafi has continued to develop his reputation in Spain and made 36 appearances for Nuno Espírito Santo’s side last season to help them to a fourth placed finish in the La Liga table, while he was also part of the German World Cup squad that lifted the trophy in Brazil last summer.

His impressive form appears to have attracted interest from England as the Express claim that Manchester United are keeping a close eye on his progress but they’ll face stiff competition for his signature from Bundesliga champions Bayern Munich.

Both clubs could make a move when the transfer window reopens in January and while Mustafi has a £37m buy-out clause written in to his contract, the newspaper suggests Valencia may cash in for around £22m.

United’s impressive start to the season ended with a 3-0 thrashing at the hands of Arsenal last Sunday and Louis van Gaal has been forced to play Daley Blind as a make-shift centre-back so far this season.

The Dutchman has deputised admirably but his favoured position is in midfield so van Gaal could be looking at Mustafi as the ideal addition to strengthen his options at the back during the second half of the season.

We’ll have to wait and see if the Red Devils are able to secure a deal but it sounds as though they may have to battle-it-out with Bayern for his signature, which won’t be an easy task.