Chelsea have confirmed the signing of experienced Italian goalkeeper Marco Amelia until the end of the season after snapping him up on a free transfer.

While the summer transfer window is now closed for business, that doesn’t stop clubs from signing free agents. Today, Chelsea have signed an experienced goalkeeper….

Chelsea have confirmed the signing of experienced Italian international goalkeeper Marco Amelia until the end of the season after snapping him up on a free transfer.

Jose Mourinho has been on the look out for a seasoned back-up to Asmir Begovic after Thibaut Courtois was ruled out until the New Year following surgery on a knee ligament injury.

Begovic has been deputising between the sticks in recent weeks but with just 21-year-old Jamal Blackman in reserve, Mourinho has been looking to bring in an experienced alternative to offer more depth in his goalkeeping position.

Amelia has been on trial at Chelsea this month and he must have impressed sufficiently as the club have now confirmed on Chelseafc.com that he’s signed a contract until the end of the season.

The 33-year-old is available on a free transfer after leaving Perugia in the summer having previously spent four years with AC Milan, while he’s also enjoyed stints at the likes of Roma, Livorno, Palermo and Genoa.

Amelia will wear the number 32 shirt and will be available for selection against Aston Villa next weekend, but he’s almost certainly going to have to make-do with a place on the bench with Begovic continuing in goal.

He’ll certainly bring a huge amount of experience with him as Amelia is a full Italy international with 9 caps to his name so he’ll be on stand-by if he’s called upon over the coming weeks before Courtois returns to action in the New Year.

Here are a few photos of him training with Chelsea: 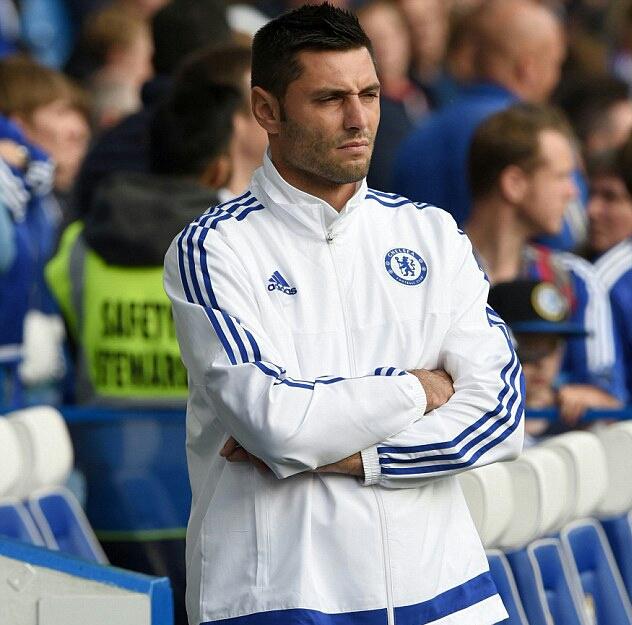