Liverpool have confirmed on Thursday night that Jurgen Klopp is officially the new LFC manager. See a photo and video of him signing his contract. 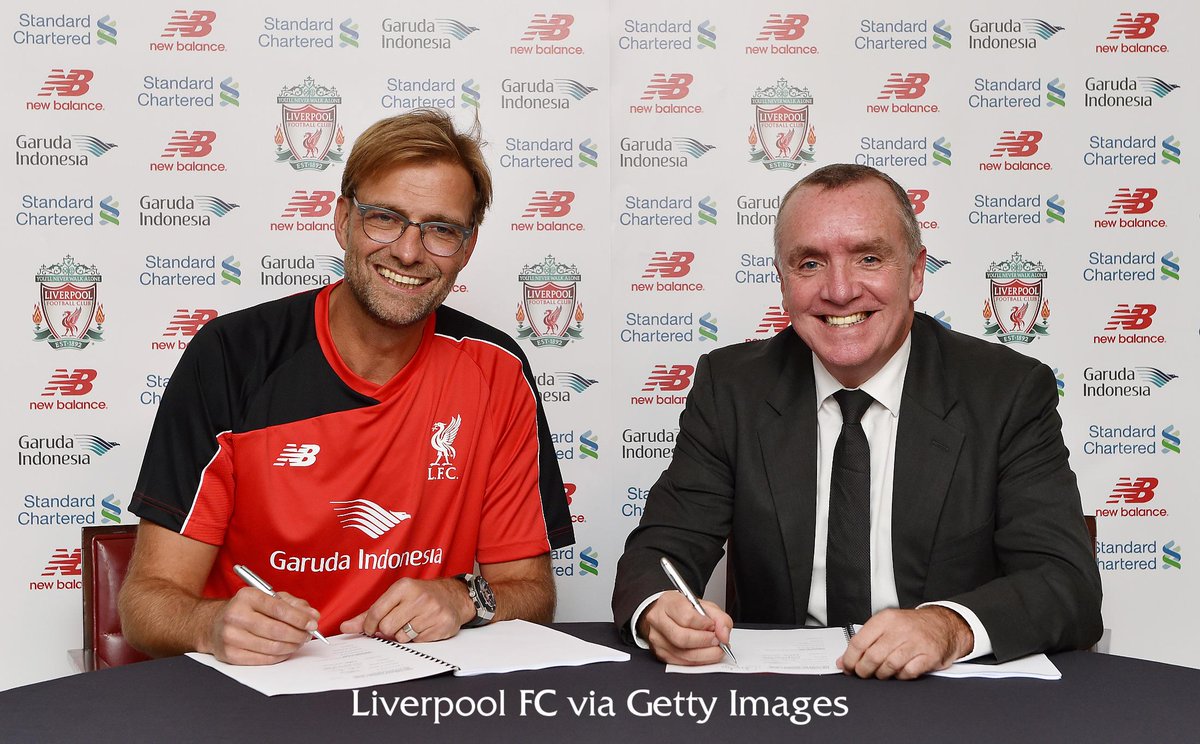 The Merseysiders have been looking for a new boss since sacking Brendan Rodgers after their 1-1 draw at Everton on Sunday afternoon.

The clubs owners moved quickly to open talks with Klopp after he made it clear he’d be willing to cut short his sabbatical and the former Borussia Dortmund coach soon became the odds on favourite to take over at Anfield.

Talks progressed quickly and Klopp was soon on a private jet flying in to John Lennon airport on Thursday afternoon to put the finishing touches on his move to Merseyside.

The club then confirmed on Thursday night that Klopp was officially the new LFC manager, with a statement on Liverpoolfc.com saying:

Liverpool Football Club are delighted to announce Jürgen Klopp has been appointed as the club’s new manager.

No official details have been revealed as to how long the contract is for but the BBC claim Klopp has penned a three-year deal and will be unveiled at a press conference at 10am on Friday morning.

The 48-year-old will now begin preparations for his first game in charge, which will see him take his new squad to White Hart Lane to take on Tottenham on October 17.

I think it’s a fantastic appointment for Liverpool as Klopp is not only a world class manager, he’s a great motivator and will get the best out of the current squad of players.

He enjoyed a successful seven year spell at Dortmund that led to two Bundesliga titles and a Champions League final, and Liverpool fans will be hoping he can bring similar success back to Anfield.

Here is a video of the moment Klopp signed his contract: