With the summer transfer window now closed for business it’s time to start looking at those deals that failed to get over the line and those which are being lined-up for the future. Today, Liverpool and Man Utd are linked with Jorginho… 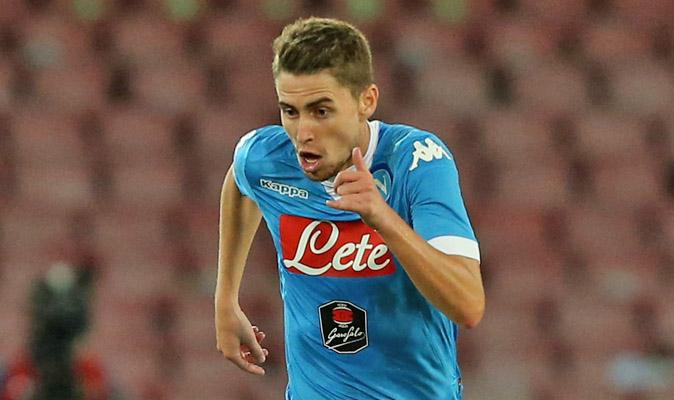 Liverpool will have to battle it out with Manchester United for the signing of Napoli midfielder Jorginho as Jurgen Klopp looks to freshen up his new squad in January, according to the Express.

Klopp only took over from Brendan Rodgers last week but it appears the former Borussia Dortmund coach is already making plans to make the Liverpool squad his own ahead of the winter transfer window.

The Express are citing reports coming out of Italy that claim Klopp is already identifying potential targets and is supposedly eyeing a move for Napoli midfielder Jorginho after being impressed by his form in Serie A this season.

However, the newspaper says the Reds will now face stiff competition from Manchester United with Louis van Gaal understood to have instructed his scouts to keep a close eye on the Brazilian-born star ahead of a possible swoop this January.

Jorginho moved to Napoli in January 2014 and played an important role in helping the club secure a Europa League spot while he’s also been a regular this term, featuring 18 times in all competitions so far.

The 23-year-old was born in Brazil but moved to Italy as a youngster and played for Verona before heading to Naples, while he’s already represented the Italian national team at under-21 level.

Napoli are unlikely to let the central midfielder leave on the cheap as his contract still has over two-and-a-half years left to run and the Daily Star claim they’ll demand a fee of around £22m to cash-in on the player this winter.

It remains to be seen whether either Liverpool or United will be willing to pay that kind of money but this story is one we should be keeping a close eye on in the run-up to the January window.