Manchester United striker Anthony Martial capped off a fine start to his career at Old Trafford after being named the Barclays Player of the Month for September.

Martial has enjoyed an excellent start to life in Manchester following his big-money deadline day move from AS Monaco with the striker coming off the bench to score a wonderful goal on his debut during a 3-1 win over Liverpool.

The 19-year-old followed that up with a classy double against Southampton a week later to help United to a 3-2 victory at St Mary’s before grabbing an assist during a 3-0 win over Sunderland at the end of the month.

Martial will be hoping to continue his superb form when United head to Goodison Park to take on Everton on Saturday afternoon.

Here is a photo of Martial posing with his Player of the Month Award: 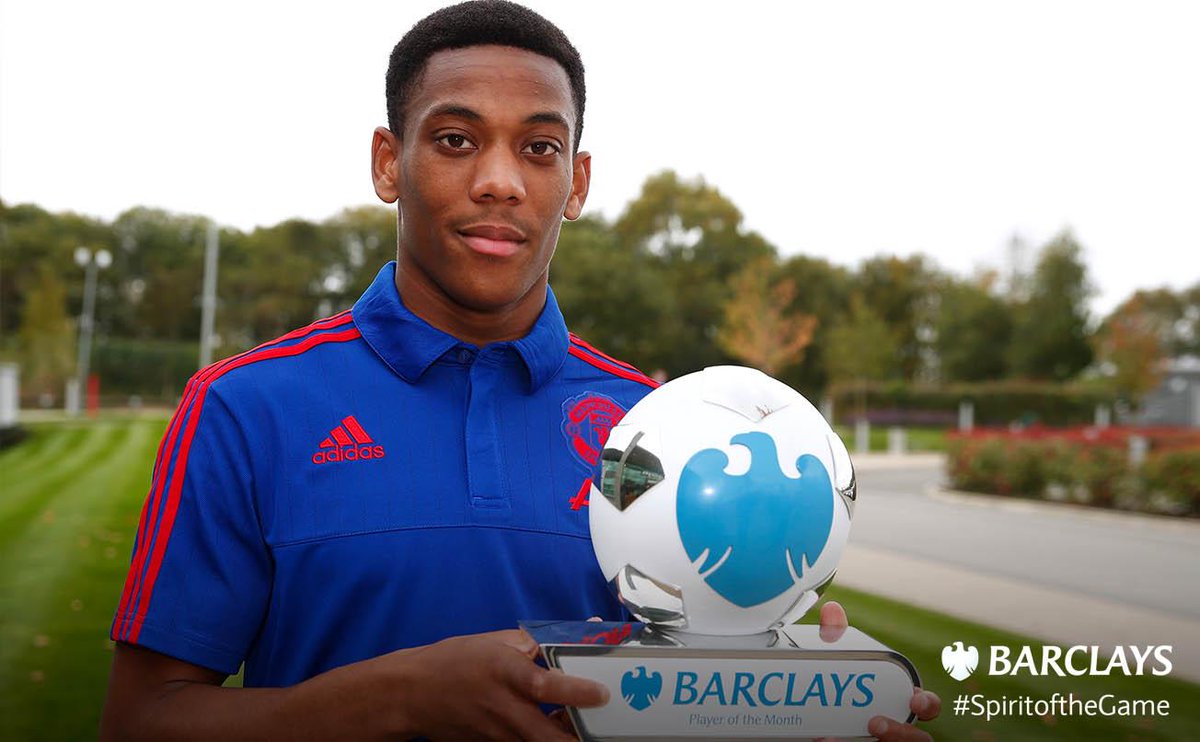