Arsenal take on Watford at Vicarage Road on Saturday evening. Here’s a preview with team news, likely line-ups, betting tips and predicted score for the game.

Premier League football returns this weekend as Arsenal head to Vicarage Road to take on Watford on Saturday evening.

The international break came at a bad time for the Gunners as they would have wanted to build momentum following the 3-0 thrashing of Manchester United two weeks ago.

That result should now be the marker for the rest of the season as the opening 20 minutes is as good as we’ve seen from any side so far this campaign.

The victory at the Emirates saw us climb up to second place in the Premier League table and just two points adrift of leaders Manchester City so no doubt Arsene Wenger will be wanting to keep the pressure on with another win tomorrow evening.

However, Watford will be a tough game as they’ve already proven they can handle themselves in the top flight with the Hornets currently sitting 12th in the table on 10 points, despite losing to Crystal Palace last time out.

We’ve been boosted with the news that Laurent Koscielny is back in full training and could return to the squad tomorrow. The Frenchman will face a late fitness test but is likely to start at the back.

Alexis Sanchez will also be checked after he played 180 minutes for Chile during the international break despite the fact he’s carrying a hip problem.

Mikel Arteta and Mathieu Flamini are in contention again after recovering from hamstring injuries but the best they can hope for is a place on the bench.

Watford welcome back Valon Behrami, Ikechi Anya and Allan Nyom after they recovered from various injuries to return to full training this week and all three should feature tomorrow.

But Jose Manuel Juardo is still out with a hamstring problem. 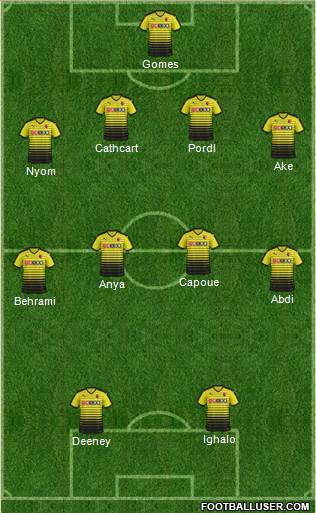 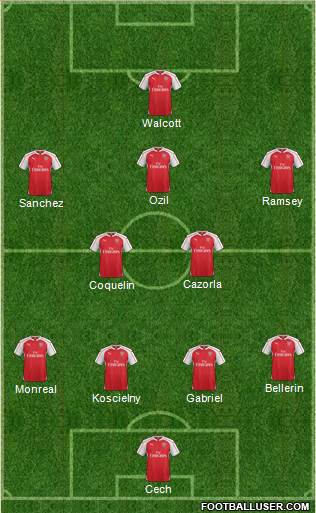 Watford 0-2 Arsenal: We were back to our free-flowing best during the first half against United and if we can produce anything like that kind of form tomorrow, Watford won’t be able to live with us. However, as we all know Premier League predictions are never that simple as it’s such a tough league and Watford are capable of a surprise, but I don’t I think we’ll do enough to secure the three points.

Arsenal are the 6/10 favourites to win the game but Football-Talk can get you crazy odds of 4/1 on Arsenal to win this game. My prediction of 2-0 is on offer at odds of 7/1 while I also like the look of Theo Walcott opening the score at 5/1. If we combine those two bets in a score-cast, then we get very tempting odds of 22/1.