Chelsea will look to kick start their disappointing season when they entertain Aston Villa at Stamford Bridge on Saturday afternoon.

Pressure is mounting on Jose Moutinho’s shoulders after a 3-1 home loss to Southampton before the international break with the defeat leaving them way down in sixteenth position in the table.

Mourinho has come out fighting this week but he needs to see that kind of passion from his players on the pitch if the Premier League champions want to stand a chance of defending their title this campaign.

Villa have endured a disappointing season themselves so far as the Midlanders have suffered four consecutive defeats to leave them in the relegation zone on just four points, so Tim Sherwood will be desperate to cause a shock in West London.

Chelsea will be without defender Branislav Ivanovic after he suffered a hamstring injury while away on international duty with Serbia last week.

Cesar Azpilicueta is therefore expected to revert to right-back with summer signing Baba Rahman coming in at left-back.

Goalkeeper Thibaut Courtois remains sidelined with a knee problem so Asmir Begovic will continue to deputise in between the sticks.

Mourinho has hinted that Ruben Loftus-Cheek could start in midfield with out-of-form Nemanja Matic the man most likely to make-way.

Villa will hand late fitness tests to Gabby Agbonlahor and Adama Traore but the game will come too soon for Ciaran Clark, Gary Gardner and Jores Okore. 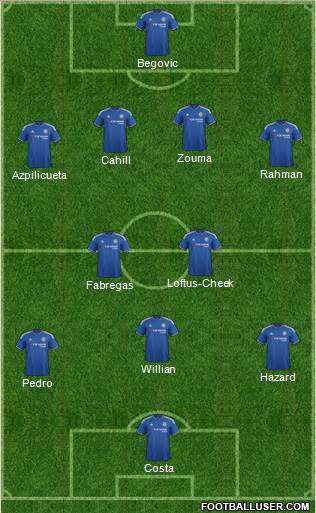 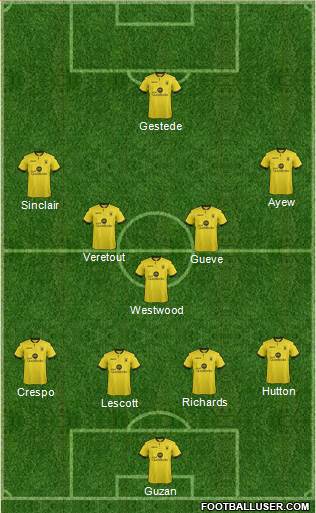 Chelsea 2-1 Aston Villa: Both teams are struggling at the wrong end of the table so will be desperate for a positive result tomorrow. Villa usually raise their game against the big boys and are capable of pulling off a shock, but I think we’ll see the Blues pick up a vital three points.

Chelsea are the 1/3  favourites and my prediction of 2-1 is on offer at odds of 8/1. I also like the look of Diego Costa to opening the score at 7/2. If we combine those two bets in a score-cast, then we get very tempting odds of 18/1.