Man Utd take on Everton at Goodison Park on Saturday. Here’s a preview with team news, likely line-ups, betting tips and predicted score for the game.

Manchester United will be looking to get their season back on track when they take on Everton at Goodison Park this afternoon.

United enjoyed a positive start to the campaign but saw their progress halted with a 3-0 hammering by Arsenal before the international break so they’ll be desperate to get back to winning ways today.

Despite the loss at the Emirates, the Red Devils still sit third in the Premier League table and just two points adrift of leaders Manchester City so Louis van Gaal knows his side are still right in the mix for the title.

However, Goodison Park is always a tough venue for United to visit and they suffered a 3-0 loss there back in April so van Gaal also knows it’s going to be an extremely difficult game.

Roberto Martinez’s side were held to a 1-1 draw by Liverpool last time out but they sit seventh in the table and can move level on points with the visitors if they can secure all three points this afternoon.

The Toffees have been boosted with the news that John Stones and Seamus Coleman have been passed fit to return after recovering from injuries.

Tom Cleverley and Steven Pienaar could also return to the squad while Kevin Mirallas is back in contention after serving his three-match ban.

As for United, Wayne Rooney has been passed fit to play after missing England’s double-header against Estonia and Lithuania with an ankle knock.

Michael Carrick is also available while Bastian Schweinsteiger should be fit despite missing Germany’s international’s with a minor muscle injury.

Ander Herrera and Marcos Rojo could be back in contention after recovering from their injuries but Paddy McNair and Ashley Young have been ruled out. 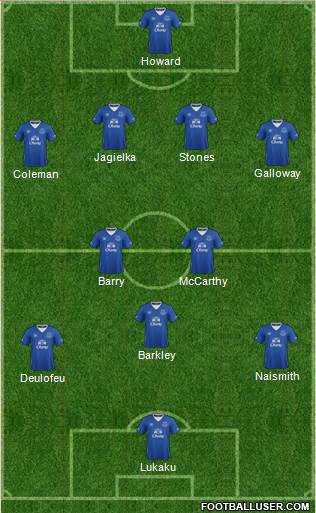 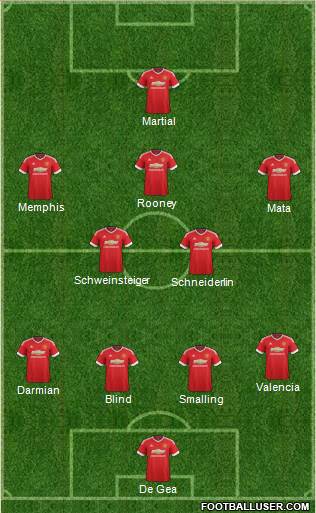 Everton 1-1 Man Utd: Goodison Park is a tough place to go and they seem to enjoy it when United come to town but I think the Red Devils will leave Merseyside with a hard earned point.

The bookmakers are finding it difficult to separate the two teams but if you fancy United to win Football-Talk can get you enhanced odds of 6/1 on an away win this afternoon. I think it will end in a draw and my prediction of 1-1 is on offer at odds of 11/2 while I also like the look of Anthony Martial opening the score at 6/1. If we combine those two bets in a score-cast, then we get very tempting odds of 35/1.