Arsenal beat Watford 3-0 at Vicarage Road this evening thanks to goals from Alexis Sanchez, Olivier Giroud and Aaron Ramsey. Here are my ratings: 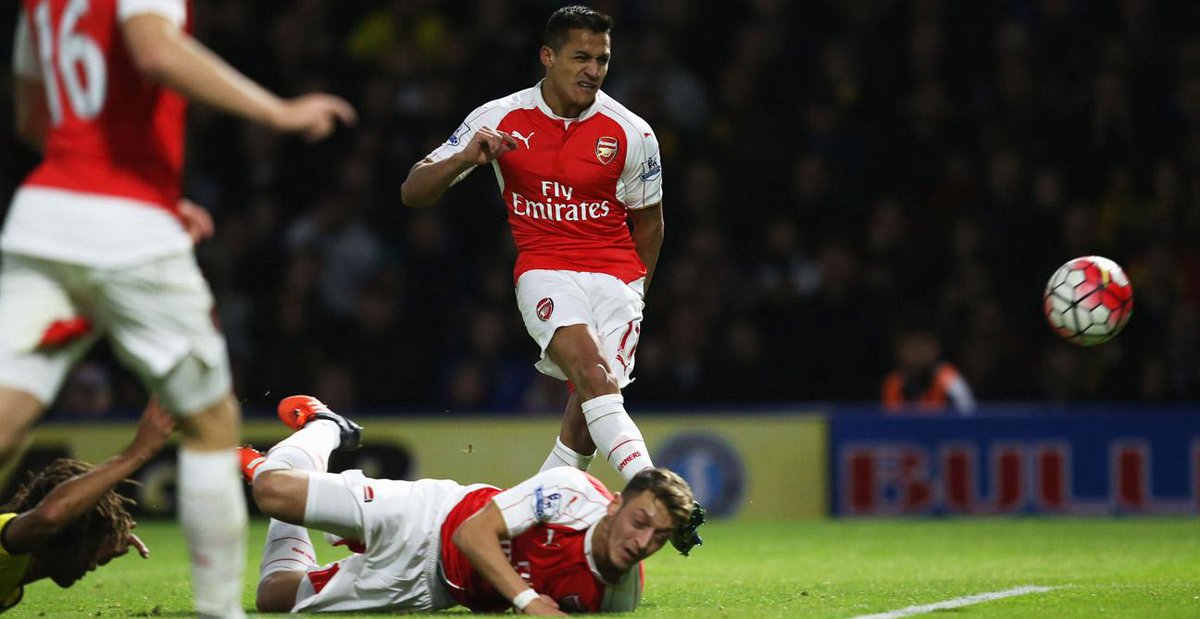 Arsenal eased past Watford 3-0 at Vicarage Road on Saturday night to move up to second in the Premier League table.

Second half goals from Alexis Sanchez, Olivier Giroud and Aaron Ramsey secured the three points to see us move to within two points of leaders Manchester City.

Cech   7/10 |  Not a lot to do in terms of shot-stopping but commanded his area well. Got away with one nervy moment when he rushed out his area.

Mertesacker   7/10 |  A calm head at the back, although he was booked for a foul after his lack of pace was exposed.

Koscielny   7/10 |  A vital block at the near post to prevent Ighalo having a tap in at 0-0. Strong presence again.

Monreal    7/10 |  Another solid shift from Nacho. Wasn’t the threat that Bellerin was on the other flank but had a decent game altogether.

Coquelin   7/10 |  Protected the defence and was on hand to mop-up any knock downs from the Watford front-men.

Cazorla   8/10 |  Ran the midfield at times. Played a superb ball in the build-up to the opening goal.

Alexis  8.5/10 |  Cool finish to open the scoring and make it 10 goals in just 6 games for club and country. Worked his socks off too. Great game.

Ozil   8/10 |  Two more assists for the German schemer. The second in particular was excellent as he calmly pulled back for Giroud when others would have shot from a tight angle.

Ramsey  7/10 |  Missed a great chance to open the scoring in the first half but eventually broke his duck with the third goal. Still looks like he’s forcing things at times.

Walcott   6/10 |  Difficult game for him as Watford sat back and were compact for much of the game. Didn’t have a lot to play off.

So a second consecutive 3-0 victory is the perfect way to prepare for Tuesday’s Champions League showdown with Bayern Munich.