Sanchez enjoyed an excellent debut season in England following his move from Barcelona in 2014 with his 24 goals and 12 assists helping the Gunners retain the FA Cup and secure a third-placed finish in the league.

Hazard continued to establish himself as one of the best attacking talents in Europe with a superb campaign last year as the Belgian international led Chelsea to the Premier League title thanks to 19 goals and 11 assists.

As ever, Lionel Messi and Cristiano Ronaldo lead the way with the duo winning the last seven awards between them and you’d be a brave man to bet against one of them picking up the 2015 award.

Messi and Ronaldo are just two of 11 nominees from La Liga with the likes of Gareth Bale and Luis Suarez also among those short-listed.

Five current Bayern Munich players are up for the award with the likes of Robert Lewandowski, Thomas Muller and Arjen Robben all nominated but Barcelona dominate with six of Luis Enrique’s men up for the award.

The winner will be announced at a ceremony in Zurich on January 11th 2016. Here is a full list of the 23 nominees: 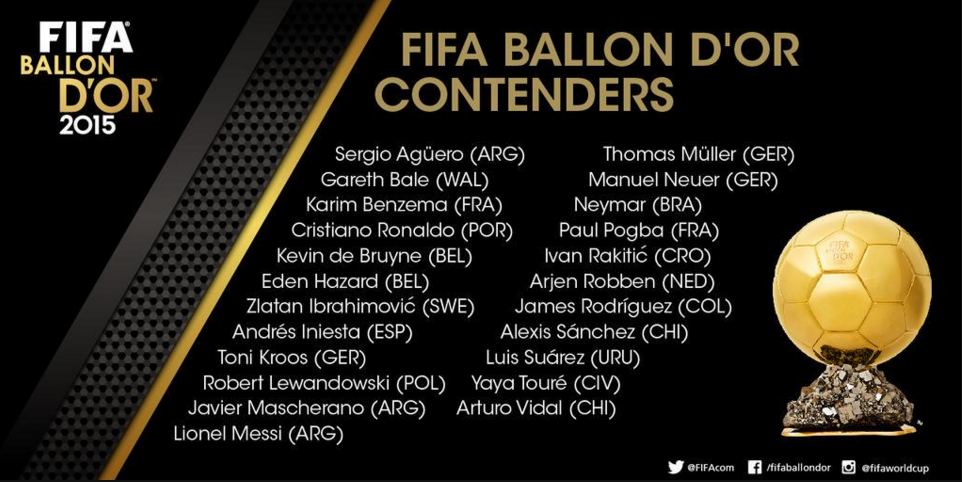