Liverpool take on Southampton at Anfield on Sunday afternoon. Here’s a preview with team news, likely line-ups, betting and predicted score for the game.

Jurgen Klopp will look to secure his first win as Liverpool boss when the Reds host Southampton on Sunday afternoon.

The German coach drew away to Tottenham in his first game in charge before being held to a 1-1 draw by Rubin Kazan in the Europa League in midweek so he’ll be desperate to collect his first three points tomorrow.

Liverpool have won just one of their last four league games, with the other three ending in draws, and that run of results has left the Merseysiders down in 12th spot but they can climb to sixth if they beat the Saints on Sunday.

Ronald Koeman’s men have been plagued by inconsistent form themselves so far this campaign and squandered a 2-0 lead to draw 2-2 with Leicester City last week.

That result leaves the South Coast club level on points with Liverpool but they go in to the game above the hosts in ninth due to a superior goal difference so they’ll be hoping to widen the gap with a positive result at Anfield.

Liverpool will once again be without striker Daniel Sturridge as he continues to nurse a knee injury that’s seen him miss the last two games.

However, Klopp’s forward options have been boosted by the return to fitness of Christian Benteke after he got 30 minutes under his belt in midweek.

Roberto Firmino is also back in contention after he came off the bench against Kazan having recovered from a back problem.

Maarten Stekelenburg has a chance to return from a back injury while Cedric is back in contention from an eye problem.

However, Jay Rodriguez is out with a foot injury and Shane Long continues to nurse an ankle injury. 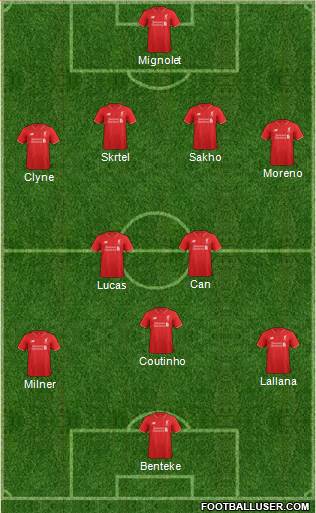 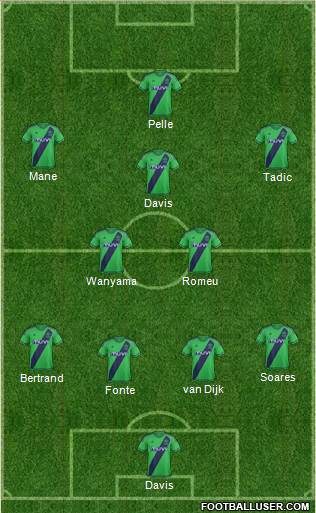 Liverpool 2-1 Southampton: Liverpool are certainly not firing on all cylinders yet this season and I think Southampton will give as good as they get tomorrow, but I’m backing the Reds to edge it.