Jose Mourinho will be hoping to ease the mounting pressure on his shoulders when Chelsea entertain Liverpool at Stamford Bridge tomorrow lunchtime.

The Blues have endured a nightmare start to the season that’s seen them win just one of their last seven matches in all competitions and speculation in the press suggests that Mourinho could be sacked if they lose this weekend.

Last Saturday’s defeat to West Ham left Chelsea down in 15th place in the table and a full 11 points adrift of leaders Manchester City while they were also dumped out of the Capital One Cup in midweek after a shoot-out defeat to Stoke, so Mourinho desperately needs a win to ease the pressure.

However, that’s not going to be an easy task as Jurgen Klopp brings his Liverpool side to the capital looking to secure his first league win since taking over from Brendan Rodgers.

The German steered the Reds to a narrow 1-0 win over Bournemouth in the League Cup on Wednesday night but he’s only managed draws in his previous two Premier League outings so Klopp will be keen to get his first three points on the board to improve upon Liverpool’s current 9th place in the table.

Chelsea will hand a late fitness test to striker Diego Costa after he was taken to hospital on Tuesday night with suspected broken ribs.

Mourinho will also make a late call on Pedro Rodriguez after the Spanish international missed the last two matches with a minor knock.

Nemanja Matic is back in contention after serving his one-match ban following his sending off last weekend but Thibaut Courtois and Branislav Ivanovic remain sidelined through injury.

Liverpool have been handed a major boost with Christian Benteke passed fit after missing the Bournemouth game with a minor knee problem.

His return comes at the perfect time as Daniel Sturridge is still out with a knee injury while Kolo Toure has been ruled out with a hamstring strain.

James Milner returns from a one-match ban but Jordan Henderson, Danny Ings, Jon Flanagan and Joe Gomez all remain out. 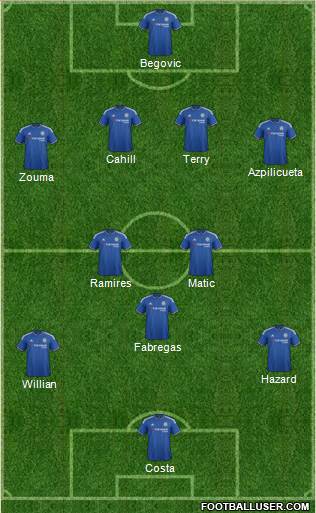 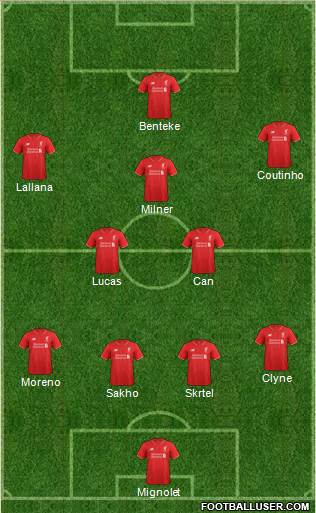 Chelsea 1-1 Liverpool: Neither side is firing on all cylinders yet this season so it’s going to be interesting to see how this one plays out. With Mourinho’s future potentially riding on the result, I personally don’t see Chelsea losing but I have a feeling Klopp might head back to Merseyside with a decent point.

Chelsea are the 21/10 favourites but Football-Talk can get you enhanced odds of 7/1 on a Blues win or an incredible 10/1 on a Liverpool win if you click here. My prediction of 1-1 is on offer at odds of 11/2 and I also like the look of Costa opening the score at 4/1. If we combine those two bets in a score-cast, then we get very tempting odds of 25/1.