Arsenal will be looking to make it six Premier League wins on the bounce when they entertain Tottenham at the Emirates on Sunday afternoon.

The Gunners have been in excellent form domestically in recent weeks having scored 16 goals in their last five games and moved level on points with Manchester City at the top of the table with a 3-0 victory over Swansea last weekend.

However, Arsene Wenger’s men will need to pick themselves up quickly after being thrashed 5-1 at Bayern Munich in midweek to leave their hopes of qualifying to the knockout stages of the Champions League hanging by a thread.

Tottenham make the short trip to the Emirates in fine form themselves with Mauricio Pochettino’s men unbeaten in the league since the opening day of the season.

Spurs head into the game sitting fifth in the table on 20 points following last weeks 3-1 victory over Aston Villa so they’ll be hoping to close the gap on their fierce rivals with a win on tomorrow.

Arsenal will hand a late fitness test to Laurent Koscielny after he missed the Bayern game with a hip injury but Hector Bellerin is certain to miss out with a groin problem.

Mikel Arteta also faces a late test on an ankle injury and David Ospina is expected to be back in the squad after a should injury, however, neither player is likely to start.

As for Tottenham, they will hand a late fitness test to Danny Rose after he was forced off against Villa on Monday while Clinton N’Jie is also close to recovering from a hamstring strain.

Son Hueng-Min is pushing for a start after making a successful return following six weeks out with a foot injury but Nabil Bentaleb and Nacer Chadli remain out.

Andros Townsend is unlikely to be involved after a bust up with a fitness coach. 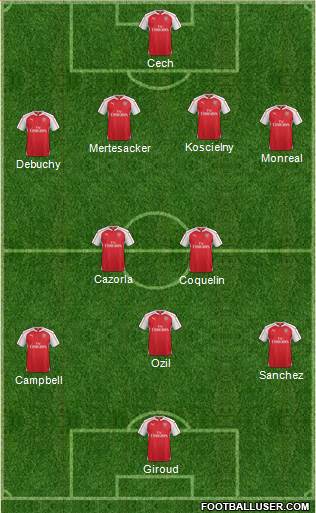 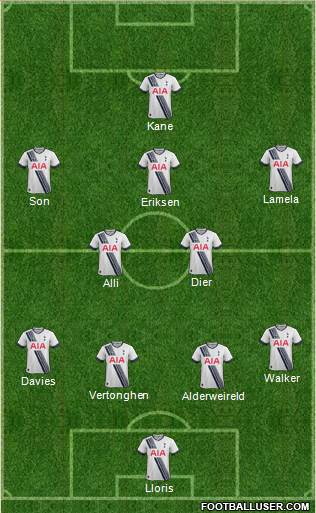 Arsenal 2-1 Tottenham: Both sides are in fine form domestically and I think this is going to be a fine game. Tottenham have proven difficult to beat so far this season but despite Arsenal’s lengthy injury list, I think the Gunners might just edge it tomorrow.

Arsenal are the 7/10 favourites to win with the bookmakers but Football-Talk can get you crazy odds of 5/1 on a home win or a giant 12/1 if you fancy Spurs – just click here to take advantage. My prediction of 2-1 is on offer at odds of 15/2 while I also like the look of Olivier Giroud opening the scoring at 4/1. If we combine those two bets in a score-cast, then we get very tempting odds of 20/1.