Chelsea take on Stoke at the Britannia on Saturday evening. Here’s a preview with team news, likely line-ups, betting tips and predicted score.

Chelsea will look get their season back on track when they take on Stoke at the Britannia Stadium on Saturday evening.

The Blues head into the weekend action sitting 15th in the Premier League table after losing 3-1 at home to Liverpool last weekend making it just one win in their last five matches so they’ll be desperate to get back to winning ways tomorrow.

Jose Mourinho will not be allowed in the Britannia after being slapped with a one-match stadium ban by the FA for his comments to a match official so the Portuguese coach will have to rely on his assistants to deal with in-game tactics.

Chelsea will also be out for revenge after losing to Stoke on penalties in the Capital One Cup last week but that won’t be an easy task as the Potters are a notoriously difficult side to beat at home, particularly when the big boys come to town.

Chelsea welcome back defender Branislav Ivanovic after he recovered from a muscle injury that’s kept him out for the last month. The Serbian international could come back in to the starting eleven with Cesar Azpilicueta moving to left-back.

Eden Hazard is expected to be recalled to the starting eleven in place of Oscar after being left out in midweek but Radamel Falcao is out for several weeks through injury so joins Thibaut Courtois on the sidelines.

Stoke could have Geoff Cameron back in contention after he recovered from a thigh injury but Marc Muniesa is out for another two weeks with a hamstring injury. 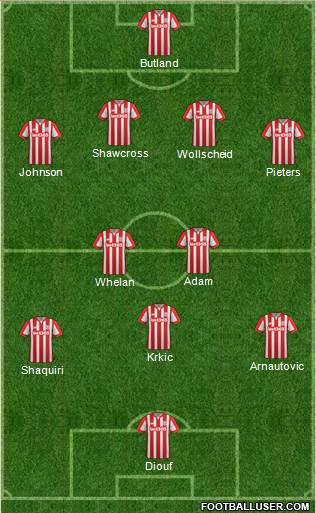 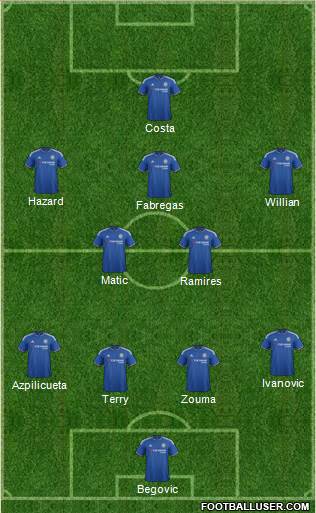 Stoke 1-2 Chelsea: The Blues are certainly nowhere near the level you’d expect them to be this season but Wednesday’s win in the Champions League should give them some confidence and I have a feeling they might just edge this one.

Chelsea are the 21/20 favourites but Football-Talk can get you enhanced odds of 6/1 on a Blues win if you click here. My prediction of 2-1 is on offer at odds of 8/1 and I also like the look of Costa opening the score at 4/1. If we combine those two bets in a score-cast, then we get very tempting odds of 22/1.