Arsenal will look to keep the pressure on at the top of the Premier League table when they take on West Brom at the Hawthorns on Saturday afternoon.

We head into the weekend action sitting second only to Manchester City on goal difference after the 1-1 draw with Tottenham Hotspur before the international break.

However, with the league leaders facing a tricky test against Liverpool on Saturday evening, we have the chance to move three points clear and really put some pressure on if we can pick up a win at the Hawthorns.

Arsene Wenger says he expects a difficult game and knows West Brom will be fully committed but these are the types of matches we need to win if we want to be crowned Premier League champions come May.

Tony Pulis has the Baggies well organised and they don’t concede a lot of goals but they come into the game off the back of consecutive defeats to Leicester and Manchester United which has seen them drop to 13th in the table.

Hector Bellerin is back in contention after recovering from a groin injury so he’s expected to replace Mathieu Debuchy at right-back.

Laurent Koscielny will be assessed ahead of the game as Wenger is concerned about how badly the defender has been affected by the terror attacks in Paris, but I fully expect the centre-back to start tomorrow.

Aaron Ramsey and Alex Oxlade-Chamberlain won’t return to full training until Monday so they remain unavailable for selection and join Theo Walcott, Jack Wilshere, Danny Welbeck and Tomas Rosicky on the sidelines.

West Brom will be without Gareth McAuley after he was sent off during the 2-0 defeat to United two weeks ago so Jonas Olsson could start at the back.

Chris Brunt is expected to shake off a minor groin injury to start at left-back but Ben Foster remains sidelined with a knee injury. 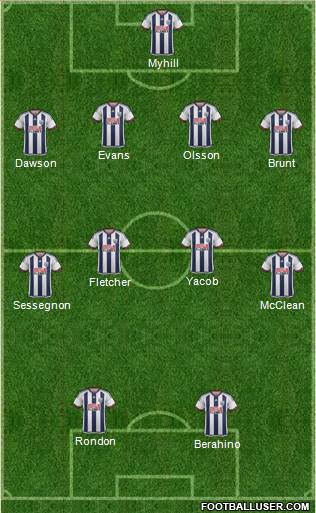 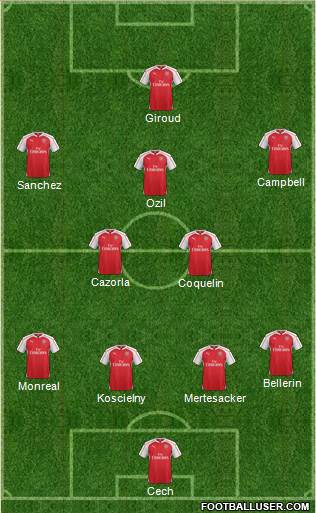 West Brom 0-1 Arsenal: We have an excellent record against West Brom having lost just two games out of the last 18 meetings. The hosts have a solid defence but have the joint worst goal-scoring record in the division so it’s shaping up to be a low-scoring game tomorrow, but I think we’ll just edge it 1-0.

Arsenal are the 8/15 favourites to win with the bookmakers but Football-Talk can get you crazy odds of 4/1 on a Gunners victory – just click here to take advantage. My prediction of 0-1 is on offer at odds of 13/2 while I also like the look of Olivier Giroud to score the only goal of the game at 7/2. If we combine those two bets in a score-cast, then we get very tempting odds of 16/1.