Manchester United will look to move top of the Premier League table when they take on Watford at Vicarage Road on Saturday lunchtime.

The Red Devils currently sit fourth in the division but are now just two points adrift of leaders Manchester City after beating West Brom before the international break.

Louis van Gaal will therefore be desperate to climb above their rivals with a win and really put the pressure on ahead of City’s clash with Liverpool on Saturday evening.

United boast the best defensive record in the league having conceded just 8 goals in 12 games so far and have kept five consecutive clean sheets in all competitions so they’ll be confident of keeping Watford out tomorrow.

However, they may have more difficultly finding a way through at the other end as van Gaal’s options in attack have been severely limited after Wayne Rooney and Anthony Martial were ruled out of the trip to Vicarage Road.

Rooney is suffering from illness while Martial was forced off with a foot injury during France’s friendly defeat to England on Tuesday night – although both players should be back in contention for the Champions League game with PSV Eindhoven on Wednesday.

The absence of United’s main two striker’s leaves van Gaal with a problem up front and that could see Memphis Depay deployed in a more advanced role as James Wilson is not deemed fit enough to last the full ninety minutes.

Michael Carrick is also ruled out with an ankle injury while Marouane Fellaini is another who’ll sit this one out after failing to recover from a knock he picked up earlier this month.

Antonio Valencia is facing a spell on the sidelines following surgery so he joins Luke Shaw on the long-term injury list.

As for Watford, they will hand a late fitness test to top scorer Odion Ighalo after he returned late from international duty with Nigeria but he’s expected to be passed fit to start.

However, Sebastian Prodl, Tommie Hoban, Joel Ekstrand and Rene Gilmartin are all unavailable. 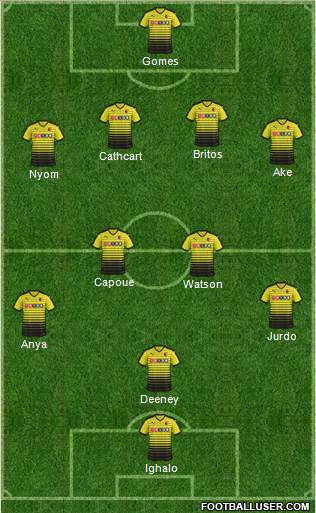 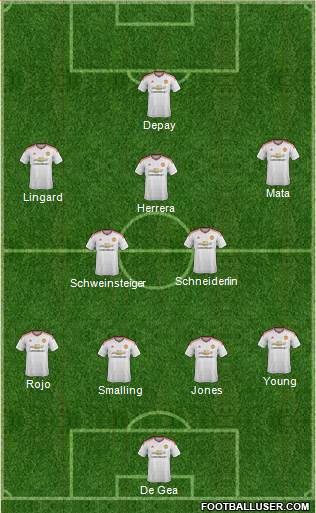 Watford 0-1 Man Utd: Watford can be a dangerous side on their day and should cause United some problems, but I think the Red Devils rock solid defence will hold out and they’ll force a winner at the other end to take home the three points.

United are the 21/10 favourites to win the game but Football-Talk can get you enhanced odds of 5/1 on an away victory tomorrow if you click here. My prediction of 1-0 is on offer at 11/2 and I also like the look of Juan Mata opening the scoring at odds of 13/2. If you combined those two bets then we get very tempting odds of 22/1.