Chelsea will look to get back to winning ways against Norwich on Saturday. Here’s a preview with team news, likely line-ups, betting tips and predicted score.

Chelsea will look get their season back on track when they take on Norwich at Stamford Bridge on Saturday afternoon.

The Blues disastrous season continued with a 1-0 defeat at Stoke City before the international break with their seventh loss of the campaign leaving them way down in 16th position in the table.

Jose Mourinho has managed to keep hold of his job, for now, and the Portuguese coach will be demanding a response as he returns to the dugout having served his one-match stadium ban at the Britannia two weeks ago.

Mourinho remains confident his side will finish in the top four but they simply have to get back to winning ways if they are to do so starting against Norwich tomorrow afternoon.

The Canaries head to West London sitting one place above Chelsea in the table after beating Swansea before the international break but that was their first win in their last seven matches so they’ll be keen to come away with a positive result to move further away from the relegation zone.

Chelsea will be able to call upon experienced defender Branislav Ivanovic after he recovered from a hamstring injury that left him on the sidelines for a month.

However, goalkeeper Thibaut Courtois remains unavailable after knee surgery while Radamel Falcao is also on the sidelines with a muscular problem.

Norwich will hand a late fitness test to Nathan Redmond but he’s expected to recover from a thigh injury to start while skipper Russell Martin is available after serving a one-match ban.

Matt Jarvis is still out with a knee injury but Robbie Brady and Wes Hoolahan are expected to be passed fit despite their exploits while away with the Republic of Ireland that saw them secure their place at Euro 2016. 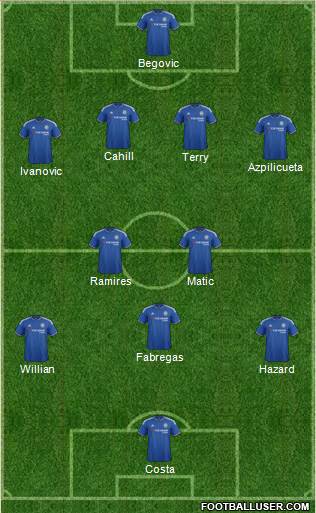 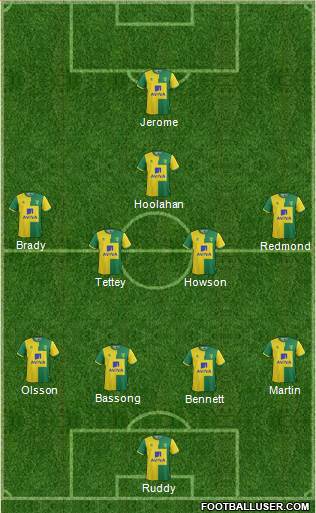 Chelsea 2-0 Norwich: Chelsea are certainly not the same side they were last season and the players look short of confidence right now, but I still think they’ll have more than enough to see off Norwich at home and secure a much-needed three points tomorrow.

The Blues are the 2/5 favourites to win the game but Football-Talk can get you enhanced odds of 4/1 on a home victory tomorrow if you click here. My prediction of 2-0 is on offer at 6/1 and I also like the look of Willian opening the scoring at odds of 13/2. If you combined those two bets then we get very tempting odds of 25/1.