The Citizens head into the weekend’s action sitting top of the table but with just goal difference separating them from second-placed Arsenal, City could find themselves knocked off top spot if the Gunners get a positive result at West Brom tomorrow afternoon.

Manuel Pellegrini will be hoping to get his side back to winning ways after a frustrating 0-0 draw at Aston Villa before the international break but the result extended City’s unbeaten run with their last defeat coming at Tottenham back in September.

Liverpool will be desperate to end that run with the Merseysiders slipping down to tenth following their loss to Crystal Palace two weeks ago but they’ll have to improve upon their recent record at the Etihad having not won at the ground since 2008.

The game has some added spice with Raheem Sterling set to line-up against his former side for the first time since his acrimonious departure from Anfield in the summer.

City have been handed a major boost with the news that Sergio Aguero is available for selection after missing the last seven matches with a hamstring injury.

However, Pellegrini will have to make-do without playmaker David Silva as he continues to nurse an ankle injury while Wilfried Bony is also out with a hamstring problem.

Skipper Vincent Kompany is another key player who’ll miss the game this weekend after he was ruled out with a calf strain while Samir Nasri is facing over two months on the sidelines with a hamstring tear.

As for Liverpool, they’ll make a late call on Daniel Sturridge after he returned to full training this week following a knee injury but I don’t think we’ll see the striker named in the starting eleven so a place on the bench is the most he should expect.

James Milner should return after a hamstring problem and Jordon Ibe is back in contention following a knee concern. However, Jordon Henderson, Mamadou Sakho and Jordan Rossiter remain sidelined. 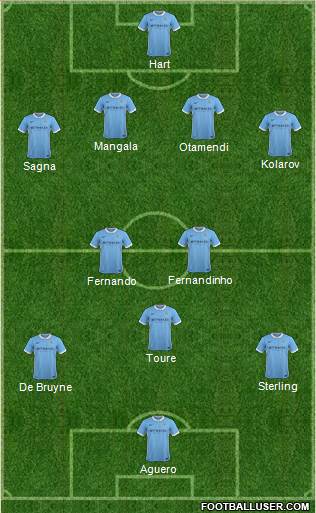 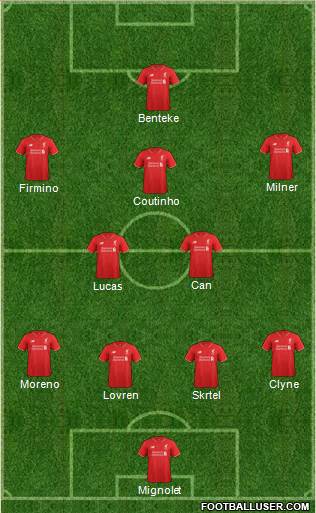 Man City 2-1 Liverpool: The return of Aguero will be a huge boost for City and although I do think Liverpool will make a real game of this, I think we’ll see the hosts secure a narrow victory tomorrow night.

City are the 4/6 favourites with the bookmakers but Football-Talk can get you enhanced odds of 6/1 on a City win and 12/1 on a Liverpool win if you click here. My prediction of 2-1 is on offer at odds of 15/2 and I also like the look of Aguero opening the score at 10/3. If we combine those two bets in a score-cast, then we get very tempting odds of 18/1.