The Merseysiders were in devastating form under new boss Jurgen Klopp as they thrashed Manchester City 4-1 at the Etihad Stadium on Saturday evening.

Coutinho played a key role in the victory with the Brazilian playmaker scoring one and setting up two others to earn himself a score of 8.85 and a place in the WhoScored Team of the Week.

The Liverpool star is joined in the side by team-mate Martin Skrtel after the centre-back put in an excellent performance against City that saw him score a superb fourth goal to seal the win for the Reds.

Tottenham were also in fine form this weekend as they beat West Ham 4-1 on Sunday thanks largely to a double from Harry Kane and the striker’s score of 8.92 was enough to see him named in the Team of the Week.

However, the team is dominated by the ever-impressive Leicester City with Christian Fuchs, Riyad Mahrez and N’Golo Kante all making the eleven after Claudio Ranieri’s men beat Newcastle 3-0 at St James’ Park on Saturday.

Here is the complete WhoScored Team of the Week: 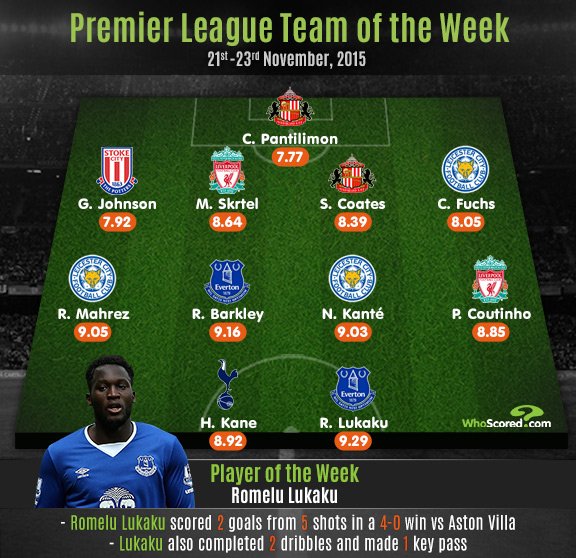