Manchester United will look to move top of the Premier League table when they take on leaders Leicester City at the King Power on Saturday evening.

The Reds head into the game off the back of a disappointing 0-0 draw with PSV Eindhoven in the Champions League on Wednesday so they’ll be keen to get back on track this weekend.

Louis van Gaal says he’s not concerned by his side’s lack of goals in recent weeks, with United drawing a blank in four of their last seven games, but he’ll be hoping his side can click tomorrow as a win would see them climb to the top of the table.

However, the Red Devils will be up against a dangerous Leicester side who’ve taken the league by storm this season with a 3-0 victory over Newcastle taking them to the summit of the Premier League last weekend.

All eyes will be on in-form striker Jamie Vardy as he looks to score in his 11th consecutive league game after matching Ruud van Nistelrooy’s record at St James’ Park last Saturday.

United will continue to be without the services of Phil Jones and Ander Herrera. Both players were forced to miss the midweek draw with PSV after suffering knocks against Watford last weekend and are expected to be out for at least another two weeks.

Michael Carrick is also out as he continues to recover from an ankle injury that he sustained while playing for England earlier this month so he joins long-term injury victims Antonio Valencia and Luke Shaw on the sidelines.

As for Leicester, Vardy has been carrying a minor knock but there’s no way that’ll keep him out of this game so Matty James is the only absentee as he continues to recover from a knee injury. 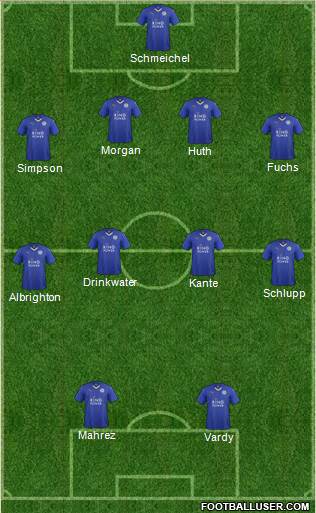 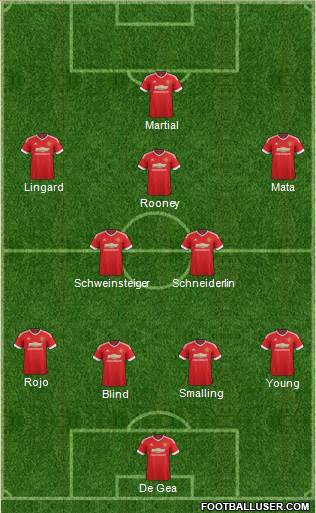 Leicester 1-1 Man Utd: United’s inconsistent form continued in midweek and I expect Leicester to cause them plenty of problems tomorrow evening. However, van Gaal’s men have the best defensive record in the division and I think they’ll come away with a hard earned point.

The bookmakers have found it difficult to separate these two sides but if you fancy a United win then Football-Talk can get you enhanced odds of 6/1 on an away victory – just click here to take advantage. My prediction of 1-1 is on offer at 11/21 and I also like the look of Anthony Martial opening the scoring at odds of 6/1. If you combined those two bets in a score-cast then we get very tempting odds of 14/1.