Arsenal will look to bounce back from their loss at West Brom when they take on Norwich City at Carrow Road on Sunday afternoon.

We warmed up for the game with a comfortable 3-0 victory over Dinamo Zagreb on Tuesday night to keep our hopes alive of qualifying for the knockout stages of the Champions League, but it will be back to domestic matters on Sunday.

The Gunners saw their impressive recent record ended with a disappointing 2-1 defeat at the Hawthorns last weekend to leave us sitting fourth in the Premier League table so Arsene Wenger will be desperate to get back to winning ways tomorrow.

Norwich won’t be an easy task away from home but Alex Neil’s side have won just one of their previous eight games in all competitions – a run which leaves them sitting just two points above the relegation zone – so I’m sure they’ll be fighting for their lives tomorrow afternoon.

Alexis Sanchez is expected to start despite carrying a minor hamstring problem so let’s hope the Chilean international doesn’t aggravate the injury.

Aaron Ramsey is back in contention and pushing for a start after making his comeback off the bench last time out. The boss has confirmed he’ll continue to play the Welshman on the wing so Joel Campbell could drop out.

With Francis Coquelin out injured for three months, Mathieu Flamini is set for a run in the team as Mikel Arteta is also out with a calf problem.

Alex Oxlade-Chamberlain is expected to be on the bench after recovering from a hamstring injury but Theo Walcott, Jack Wilshere, Danny Welbeck and Tomas Rosicky all remain sidelined.

Norwich will be without midfield Alex Tettey due to a groin injury but Russell Martin is set to return to the squad after missing the 1-0 defeat at Chelsea due to personal reasons.

Kyle Lafferty is expected to be in the squad despite a minor groin injury but Matt Jarvis is out with a knee problem. 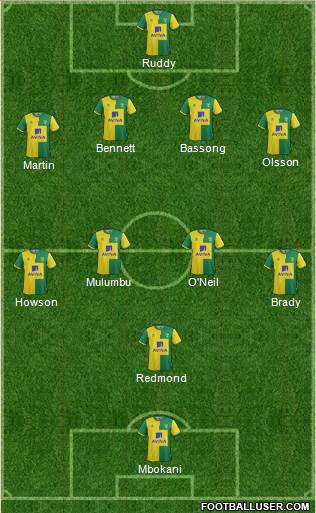 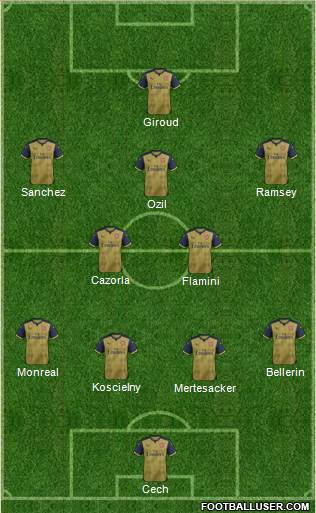 Norwich 1-2 Arsenal: We bounced back well against Zagreb in midweek and if we play like we did on Tuesday then I can’t see anything other than an Arsenal win. I’m sure Norwich will be right up for this game and will cause us some problems, but we should have enough to edge this one.

Arsenal are the 13/20 favourites to win the game but Football-Talk can get you enhanced odds of 4/1 on an away victory tomorrow if you click here. My prediction of 2-1 is on offer at 15/2 and I also like the look of Giroud opening the scoring at odds of 4/1. If you combined those two bets in a score-cast then we get very tempting odds of 20/1.