Liverpool will look to continue their excellent form when they take on Newcastle at St James’ Park on Sunday afternoon.

The Reds head into the game in excellent form having won six of their last seven games in all competitions with the latest being a hugely impressive 6-1 victory at Southampton in the Capital One Cup in midweek.

Jurgen Klopp has certainly made a huge impact at Anfield since his arrival in October and the Merseysiders could move up to sixth in the Premier League table and level on points with Tottenham with a win tomorrow.

Liverpool are perhaps the last side Newcastle would want to be playing right now as they are in terrible form having lost to both Crystal Palace and Leicester City in recent weeks – conceding eight goals in the process.

A disappointing season leaves the Geordies sitting in the bottom three so Steve McClaren will be desperate to pick up a positive result tomorrow to ease the growing pressure on his shoulders.

Liverpool playmaker Philippe Coutinho is set to miss out once again after struggling to shake-off a niggling hamstring injury which has already seen him miss three matches.

Emre Can will serve a one-game ban after collection five bookings so James Milner should come back in to the side after being rested in midweek.

Jordan Henderson continued his comeback from injury with a cameo appearance at St Mary’s but is unlikely to be risked from the start just yet.

Daniel Sturridge started his first game in over two months on Wednesday night but Klopp is unlikely to start him twice in four days so Christian Benteke could lead the line up front.

As for Newcastle, they have mounting injury problems to contend with as Mike Williamson has joined Jamaal Lascelles on the sidelines with a hamstring injury while midfielder Cheick Tiote is out with a groin problem. 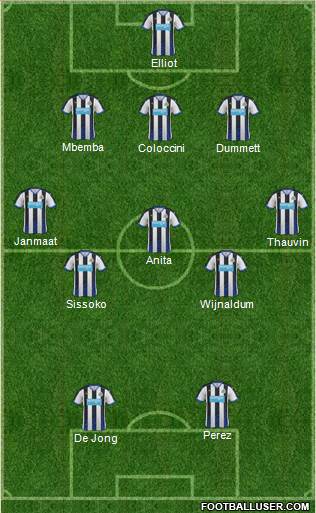 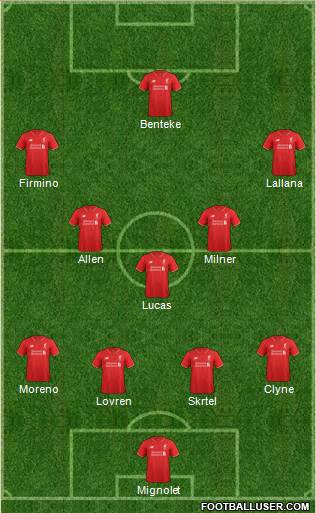 Newcastle 1-2 Liverpool: The Newcastle squad has been decimated by injuries and the team looks like it’s lost faith in McClaren. Liverpool on the other hand are flying and full of confidence under Klopp so I think they’ll take home all three points tomorrow.

Liverpool are the 6/10 favourites with the bookmakers but Football-Talk can get you enhanced odds of 6/1 on a Reds win if you click here. My prediction of 2-1 is on offer at odds of 15/2 and I also like the look of Firmino opening the score at 11/2. If we combine those two bets in a score-cast, then we get very tempting odds of 251.