Liverpool are away from home but Arsenal, Chelsea and Manchester United have all been handed draws on home soil in the third round of the FA Cup….

Liverpool are away from home but Arsenal, Chelsea and Manchester United have all been handed draws on home soil in the third round of the FA Cup….

The draw for the third round of the FA Cup has been conducted this evening and as ever it’s thrown up some intriguing ties. Here are some of the key games….

Holders Arsenal lifted the FA Cup for the second consecutive year with a comfortable win over Aston Villa in the final at Wembley in May and Arsene Wenger’s men will begin their defence against Sunderland at the Emirates.

Jurgen Klopp will be looking to get a good cup run under his belt during his first season in charge at Anfield and the Merseysiders will face an away trip to League Two Exeter City in the third round.

Manchester United have been drawn at home as they welcome Sheffield United to Old Trafford while neighbours Manchester City face a tricky test away to Premier League rivals Norwich City.

Jose Mourinho will be desperate to give Chelsea’s flagging season a welcome boost with a good run in the FA Cup and the West Londoners will face either Leyton Orient or Scunthorpe at Stamford Bridge in the third round.

Tottenham Hotspur have only won one of their last five FA Cup games but Maurcio Pochettino will be hoping to improve upon that record when they entertain Premier League leaders Leicester City at White Hart Lane.

The ties will be played on the weekend of the 8th-11th January. Check out the full draw below: 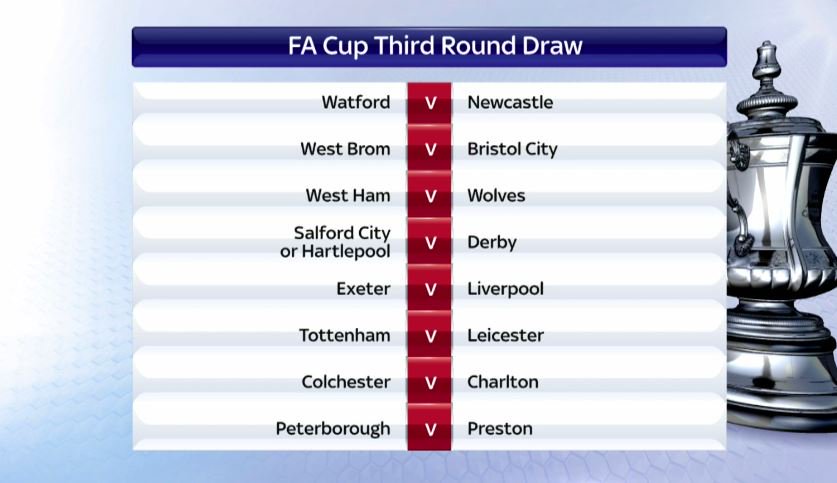 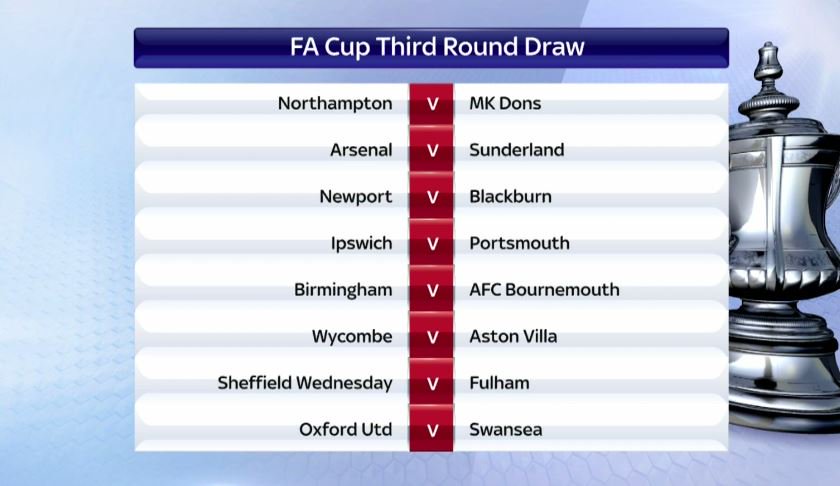 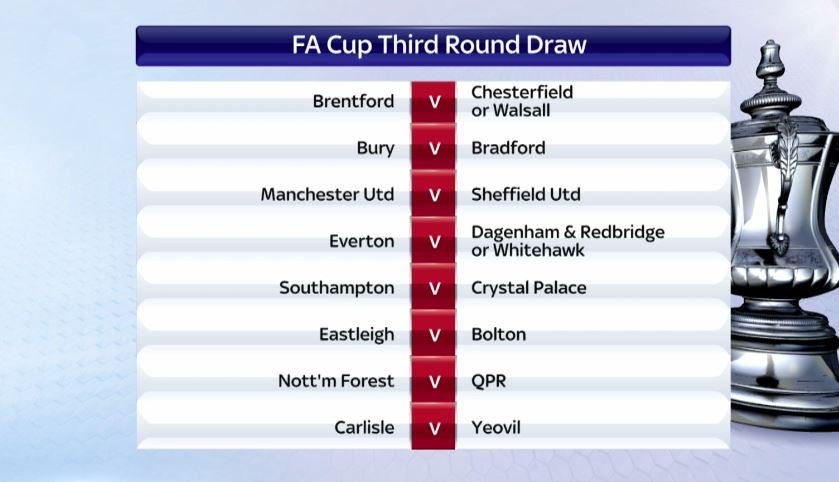 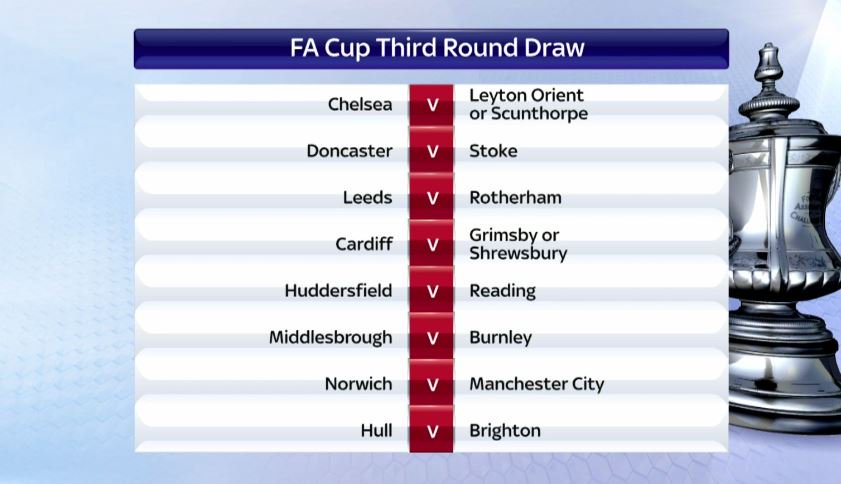