Man Utd will look get over their Champions League heartache when they face Bournemouth at Dean Court on Saturday evening.

The Red Devils crashed out of Europe’s elite competition after losing 3-2 at Wolfsburg on Tuesday night so they’ll have to make-do with playing Europa League football on Thursday night’s now.

Louis van Gaal insists he’ll take the competition seriously but his attention will now switch to domestic matters with United looking to get back to winning ways following a disappointing 0-0 draw at home to West Ham last weekend.

The stalemate left United sitting fourth in the Premier League table but with just three points separating them from leaders Leicester, they can move level at the top with a win on Saturday evening.

That won’t be an easy task though as United face a Bournemouth side who will be on cloud nine following their stunning 1-0 win over defending Champions Chelsea at Stamford Bridge last weekend.

That win took the Cherries out of the bottom three so Eddie Howe will be desperate to build some momentum and move clear of the relegation zone.

United have mounting injury problems to deal with as van Gaal will be without nine first team squad players for the trip to the South Coast.

Chris Smalling suffered a groin injury during the loss at Wolfsburg in midweek while Matteo Darmian was forced off early-on in Germany with a hamstring strain and they’ll both miss this game.

Wayne Rooney once again misses out due to an ankle injury so he joins Phil Jones, Marcos Rojo, Ander Herrera, Luke Shaw and Antonio Valencia on the sidelines.

To make matters worse, Bastian Schweinsteiger has been slapped with a three-match ban by the FA for an off-the-ball incident against West Ham last week.

The only piece of good news for van Gaal is that Morgan Schneiderlin is back and available for selection after recovering from a minor hip complaint.

Bournemouth also have injury problems to contend with as Callum Wilson, Max Gradel, Tyrone Mings and Christian Atsu are all out with long-term injuries.

However, Adam Federici could be back in the squad while Lee Tomlin and Marc Pugh have returned to training after spending the last month on the sidelines. 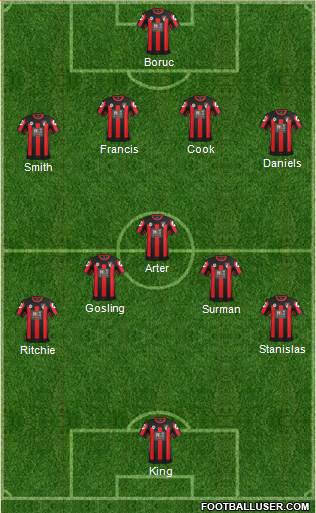 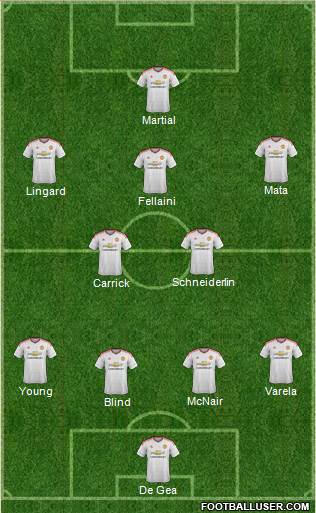 Bournemouth 0-1 Man Utd: United will no doubt be licking their wounds from Tuesday’s loss and their squad is being stretched to it’s limits. However, Bournemouth were fortunate to get the three points against Chelsea and I feel their luck will run out tomorrow night. I fancy United to edge this 1-0.

If like me, you think you’re a football expert, then why not try out the free weekly score prediction game over at Readies.co.uk and be in with a chance of winning £1000 in cash or even a Lamborghini Gallardo if you manage to predict all 10 scores correctly! The competition closes at 12.15 on Saturday lunchtime so get your predictions in now to be in with a chance of winning these fantastic prizes.

Head over to Readies now and submit your predictions