Arsenal will look to climb to the top of the Premier League table when we take on Aston Villa at Villa Park on Sunday afternoon.

Manchester City knocked us down to third spot with a last minute 2-1 win over Swansea this afternoon but with leaders Leicester just two points ahead and not playing Chelsea until Monday, we have the perfect opportunity to go top and put some pressure on.

We warmed up for the game in the perfect fashion after securing our place in the knockout stages of the Champions League with a stunning 3-0 victory at Olympiakos on Wednesday night so the boys should be full of confidence.

Wenger will be up against a familiar face in the opposition dugout after former Gunner Remi Garde’s appointment as Villa boss but he shouldn’t be expecting any favours as the Villains are in desperate need of points.

Last weeks draw at Southampton leaves the Midlanders sitting bottom of the Premier League and they’re now seven points from safety so Garde needs to start picking up wins quickly if they are to stand any chance of avoiding the drop.

Arsenal suffered no fresh injury concerns against Olympiakos but we still head into the game without a number of first team players with Francis Coquelin, Santi Cazorla, Danny Welbeck and Tomas Rosicky all still nursing long-term problems.

Jack Wilshere and Mikel Arteta are expected back towards the end of the month while Alexis Sanchez will resume training on Monday and could make his comeback from a hamstring injury against Manchester City next weekend.

As for Villa, they welcome Jack Grealish back in to the squad after he was left out of last weekend’s trip to St Mary’s for disciplinary reasons.

Leandro Bacuna and Rudy Gestede are fit for selection despite being forced off against Southampton with knocks but Micah Richards is expected to once again miss out with a knee injury. 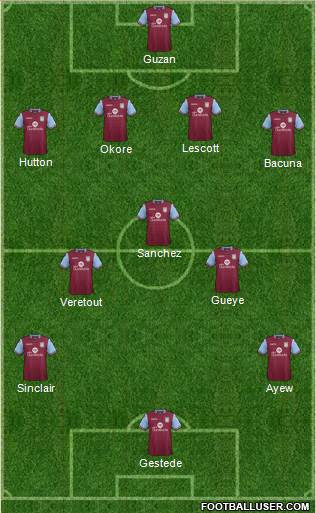 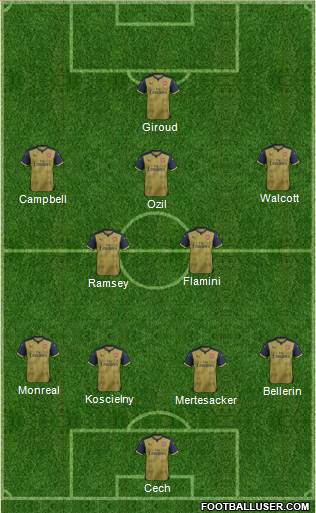 Aston Villa 1-2 Arsenal: Villa have been dreadful so far this season and are bottom of the table for a reason so we really need to pick up all three points if we want to be genuine title challengers. I expect the Midlanders to put in an improved display against us on home soil but think we’ll edge it 2-1 in the end to go top of the table for 24 hours at least.

Arsenal are 4/7 favourites to win the game but Football Talk can get you enhanced odds of 5/1 on a Gunners win – just click here to take advantage. My prediction of 2-1 is on offer at 15/2 while I also like the look of Theo Walcott to open the scoring at 5/1. If you combined those two bets in a score-cast then we get very tempting odds of 25/1.