Chelsea will look to address their disappointing form when they take on Premier League leaders Leicester City at the King Power tonight.

The Blues are enduring a disastrous season so far and they slumped to their eighth defeat of the campaign with a shock 1-0 loss to AFC Bournemouth last weekend to leave them sitting 16th in the table.

Jose Mourinho’s men recovered to secure a 2-0 victory over FC Porto to book their place in the last 16 of the Champions League where they’ll face PSG, but the Portuguese coach will be desperate to get back to winning ways in the league tonight.

However, that’s not going to be an easy task as Chelsea face an in-form Leicester side who have stunned everybody this season and appear to be building a surprise title challenge under former Blues boss Claudio Ranieri.

The Foxes were knocked off top spot by Arsenal yesterday but they can reclaim first position with a win tonight while a draw would be enough to see them leapfrog Manchester City into second.

Chelsea boss Jose Mourinho has a full squad to choose from as he heads to the King Power. John Terry returned from an ankle injury in midweek and showed no ill-effects so he should once again start at the back.

Ramires also returned to the starting eleven against Porto and the Brazilian could keep his place in midfield ahead of Cesc Fabregas – who was dropped in midweek.

Striker Radamel Falcao is back in full training after a muscle injury but a place on the bench is probably the best he can hope for tonight.

Leicester have no new injury concerns to worry about with Ritchie de Laet and Matty James remaining on the sidelines but on-loan winger Nathan Dyer is available again after being ineligible to face Swansea last week. 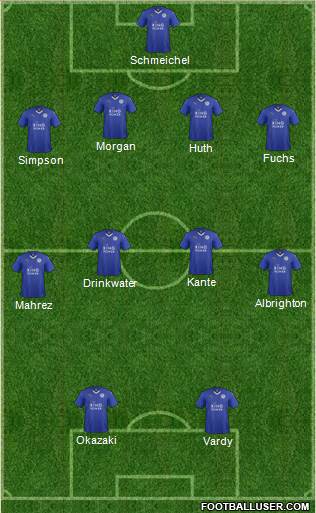 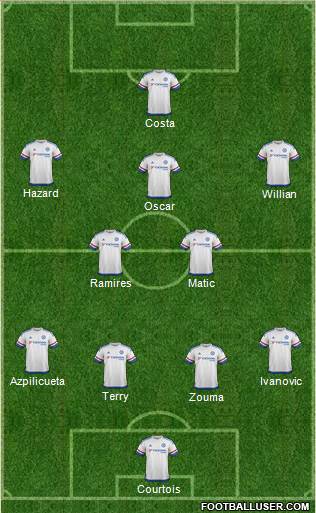 Leicester 1-1 Chelsea: Leicester have been hugely impressive this season and no doubt they’ll be confident of picking up a positive result tonight. However, despite Chelsea’s poor domestic form, I actually think they’ll take a point back to West London this evening.

The bookmakers are struggling to separate these two teams tonight but Football-Talk can get you enhanced odds of 7/1 on a Chelsea win if you click here. My prediction of 1-1 is on offer at 11/2 and I also like the look of Willian to open the scoring at odds of 8/1. If you combined those two bets in a score-cast then we get very tempting odds of 45/1.