Manchester United will look get back to winning ways when they face Norwich City at Old Trafford on Saturday afternoon.

The Red Devils have seen their season hit a rocky patch in recent weeks with a 3-2 defeat to Wolfsburg seeing them crash out of the Champions League while 2 points from a possible 9 have seen them fall away in the title race.

Last weeks surprise 2-1 loss at AFC Bournemouth has left United sitting fourth in the Premier League table and six points adrift of leaders Leicester City so Louis van Gaal will be desperate to get back on track with all three points tomorrow.

United should be confident of doing so as they boast an impressive home record that’s seen them lose just once at Old Trafford in the league this season while they’ve only conceded once in nine home games so far.

Norwich have also lost 4-0 on each of their last three visits to Old Trafford and come into the game in poor form having won just once in their last 11 matches in all competitions to leave them sitting 18th in the table.

United have been handed a triple injury boost with the news that Wayne Rooney, Ander Herrera and Chris Smalling could all return to the squad tomorrow.

Rooney has missed the last three matches with an ankle injury but has trained all week and van Gaal has hinted he could be back in the starting eleven against Norwich.

Smalling has also overcome a minor groin injury so should be recalled in defence but Herrera may only be deemed fit enough for a place on the bench after over a month out with a hamstring problem.

Norwich will be without defender Andre Wisdom due to a hamstring injury while Matt Jarvis is also out with a knee problem.

However, goalkeeper John Ruddy is available for selection despite the club opening an internal investigation into his involvement in a fight last weekend. 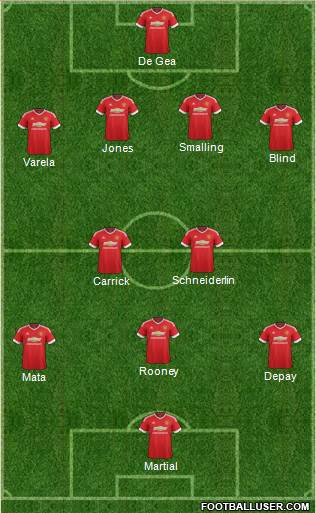 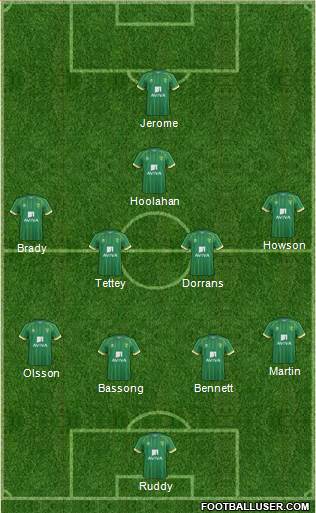 Man Utd 2-0 Norwich: United have been in disappointing form in recent games but this is a real opportunity for them to get their season back on track. No excuses, United should ease to victory over Norwich tomorrow afternoon and I think they’ll do just that.

Manchester United are the 1/2 favourites to win the game but Football-Talk can get you enhanced odds of 3/1 on a United victory – just click here to take advantage. My prediction of 2-0 is on offer at 11/2 and I also like the look of Anthony Martial opening the scoring at odds of 4/1. If you combined those two bets in a score-cast then we get very tempting odds of 16/1.