Arsenal take on Bournemouth at the Emirates this evening. Here’s a preview with team news, likely line-ups, betting tips and predicted score

Arsenal will look to get back to winning ways when they entertain AFC Bournemouth at the Emirates Stadium this evening.

We slumped to a shocking 4-0 defeat at Southampton on Boxing Day and it’s safe to say that despite some dubious decisions going against us, that was one of our worst performances of the season so it’s vital we bounce back with immediate effect tonight.

It was an opportunity missed at St Mary’s as we could have gone top of the table with a win and the loss leaves us sitting second in the table – two points adrift of leaders Leicester.

However, with the Foxes playing third-placed Manchester City tomorrow night we now have the perfect chance to put the pressure on our nearest rivals by going top of the table with a win over Bournemouth this evening.

It’s not going to be an easy task as the Cherries arrive in the capital in excellent form having not lost any of their last six games and they’ve recently registered wins over Chelsea and Manchester United, so we should know not to take them too lightly.

Arsene Wenger could make a few changes this evening to freshen things up with Alex Oxlade-Chamberlain and Gabriel in line for recalls in place of Joel Campbell and Per Mertesacker.

Mathieu Flamini is a fitness doubt with a slight strain so Calum Chambers could be in line to start in midfield having come on for the final 15 minutes against Southampton.

As for Bournemouth, they come in to the game with no fresh injury worries as Harry Arter is expected to start despite being taken off at half-time during the 0-0 draw at Crystal Palace.

Lee Tomlin could return to the squad after recovering from a groin injury but Josh King is still out with a hamstring problem. 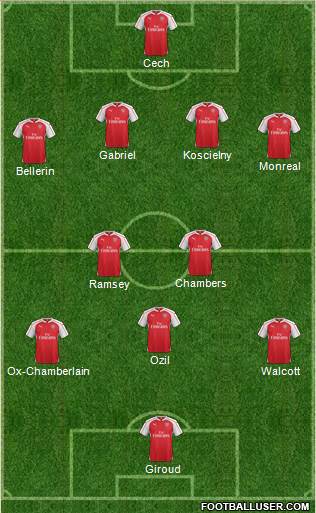 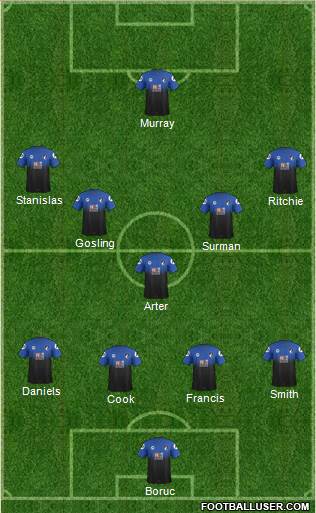 Arsenal 2-0 Bournemouth: We were dreadful against Southampton and it’s vital the boss gets a response from his players this evening as we simply can not blow another chance to go top of the table. Bournemouth are a dangerous side but I think we’ll see Arsenal ease to a 2-0 win tonight.

Arsenal are the 8/15 favourites to win the game but Football Talk can get you enhanced odds of 3/1 for a Gunners win – just click here to take advantage. My prediction of 2-0 is on offer at 13/2 while I also like the look of Theo Walcott to open the scoring at 9/2. If you combined those two bets in a score-cast then we get very tempting odds of 20/1.