Manchester United will look to get back to winning ways when they entertain Chelsea at Old Trafford this evening.

That poor run of form has seen the Red Devils slip to sixth in the table and three points behind fourth-placed Tottenham, and another defeat this evening could spell the end for van Gaal in the Old Trafford hot-seat.

However, Chelsea arrive in the North West in disarray themselves with the defending champions languishing way down in 15th place in the table after a disastrous first half to the season.

Guus Hiddink began his reign as interim boss with a 2-2 draw at home to Watford at the weekend but with the Blues sitting just two points above the relegation zone, the Dutchman will be desperate to come away from Old Trafford with a positive result this evening.

United are expected to recall Wayne Rooney to the starting eleven after the skipper was left on the bench for Saturday loss at Stoke.

Midfielder Bastian Schweinsteiger returns from suspension and is expected to come straight back in to the side while Morgan Schneiderlin could also be set for a recall.

Matteo Darmian faces a late fitness test on a hamstring injury but Ashley Young is on stand-by to deputise once again at right-back if the Italian international fails to make it.

Chelsea will have to make-do without the services of striker Diego Costa after he picked up his fifth booking of the season against Watford. With Radamel Falcao lacking match practice, Loic Remy is set to come in.

Eden Hazard is likely to get a recall to the starting eleven after only being named as a substitute last time out while Ramires could start ahead of Cesc Fabregas after the Spaniard was hauled off at half-time on Saturday. 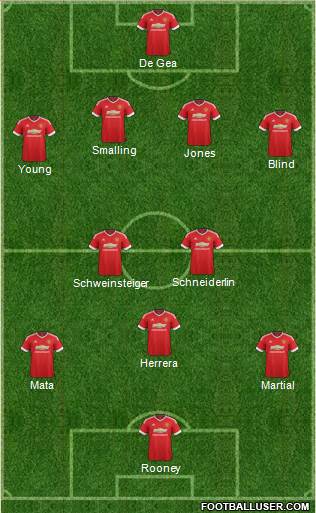 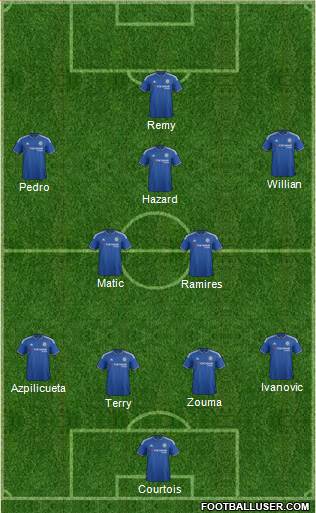 Man Utd 1-1 Chelsea: United are in a disastrous run of form and have lost their last three league matches so the pressure is firmly on van Gaal’s shoulders. However, Chelsea are lacking confidence themselves and it’s going to take Hiddink a while to get them playing how he wants them to, so I can see this ending in a draw. Will that be enough to save van Gaal? We’ll have to wait and see….

The bookies are struggling to separate the two teams but Football-Talk can get you enhanced odds of 6/1 on a United victory or 12/1 on a Chelsea win – just click here to take advantage. My prediction of 1-1 is on offer at 5/1 and I also like the look of Anthony Martial opening the scoring at odds of 13/2. If you combined those two bets in a score-cast then we get very tempting odds of 33/1.