Tottenham take on Everton at Goodison Park on Sunday afternoon. Here’s a preview with team news, likely line-ups and predicted score for the game

Tottenham will look to cement their position in the top four when they take on Everton at Goodison Park on Sunday afternoon.

Spurs head into the game sitting fourth in the Premier League table but they can move five points clear fifth-placed Manchester United with another win tomorrow.

Mauricio Pochettino’s men arrive on Merseyside in great form having won their last three matches including a 2-1 win at Watford last week so they should be full of confidence.

Everton on the other hand have been plagued by inconsistent form all year and come into the match sitting 11th in the division after a thrilling 4-3 loss at home to Stoke City last week.

That defeat made it just three wins in their last 12 league outings and they’ve taken just one point from their last three matches on home soil so Roberto Martinez will be looking to address that worrying form tomorrow.

Spurs will be without midfielder Mousa Dembele after he was ruled out for around three weeks with a groin injury.

Tom Carroll is set to come in alongside Eric Dier although Ryan Mason or Nabil Bentaleb are other options for Pochettino.

Clinton N’Jie remains out with a long-term knee injury while the game will also come too soon for Alex Pritchard who continues to nurse an ankle injury.

Everton will be without James McCarthy after he suffered a reoccurrence of a hip injury during the game against Stoke last time out.

Tom Cleverely is also a major doubt due to an Achilles problem but Phil Jagielka is set to make his return after missing the last three matches with a knee injury. 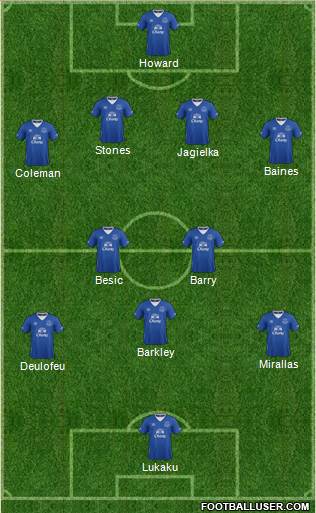 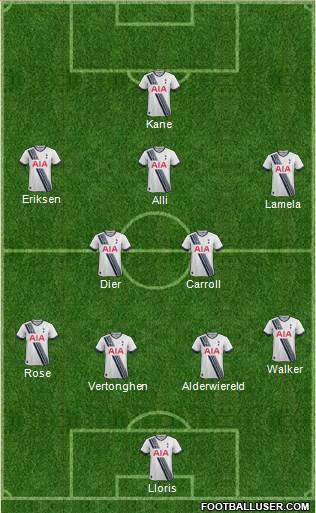 Everton 1-1 Tottenham: Tottenham are no doubt the in-form side of the two teams but I fancy Everton to turn up for this match. They usually make life difficult when the bigger teams come to town so can see this ending in an entertaining 1-1 draw.

The bookies are struggling to separate the two teams but Football-Talk can get you enhanced odds of 8/1 on a Spurs win – just click here to take advantage. My prediction of 1-1 is on offer at 6/1 and I also like the look of Harry Kane opening the scoring at odds of 4/1. If you combined those two bets in a score-cast then we get very tempting odds of 25/1.