Chelsea will be looking to secure a much-needed three points when they take on Crystal Palace at Selhurst Park on Sunday afternoon.

The blues head into the game sitting 16th in the Premier League table and just two points clear of the relegation zone so the defending champions will be desperate to pick up all three points tomorrow.

Guus Hiddink is still searching for his first win since being installed as interim boss having overseen consecutive draws against Watford and Manchester United so the Dutchman will be keen to get his first victory under his belt.

However, it’s not going to be an easy task as Crystal Palace come into the match in fine form and have lost just once in their last nine Premier League outings.

The Eagles also won the reverse fixture 2-1 back in August and sit seventh in the table so they will be looking to secure another win and maintain their surprise push for the top four.

Chelsea welcome back Diego Costa in to the squad after the striker served a one-match ban at Old Trafford on Monday evening.

Centre-back Gary Cahill faces a late fitness test on a minor ankle injury but the England international is expected to be passed fit.

However, Radamel Falcao is out with a thigh injury while fellow striker Loic Remy is also set to miss out because of a calf problem.

As for Palace, they will have to make do without Yohan Cabaye as he’ll be suspended for the game while Connor Wickham and Yannick Bolasie remain on the sidelines.

Pardew will also be without injured forwards Bakary Sako and Dwight Gayle. 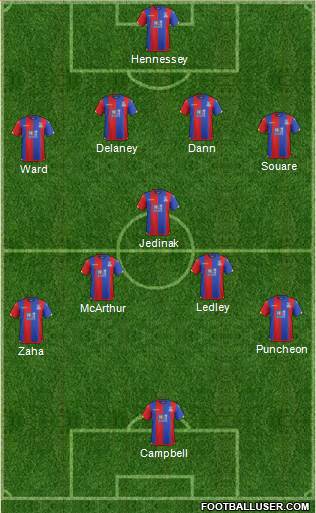 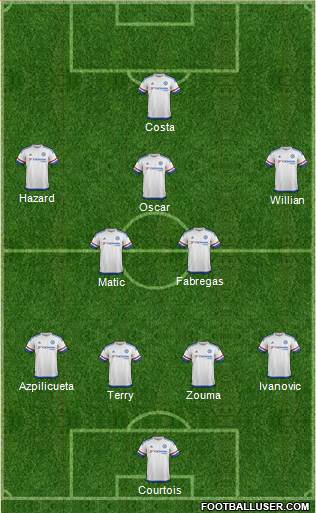 Crystal Palace 1-2 Chelsea: There were some encouraging signs against United that Chelsea could be rediscovering their form and while I think Palace will give them a real test, I’m backing the Blues to edge this one and take home all three points.

Chelsea are the narrow 21/20 favourites to win the game but Football-Talk can get you enhanced odds of 7/1 on a Chelsea win – just click here to take advantage. My prediction of 2-1 is on offer at 17/2 and I also like the look of Willian opening the scoring at odds of 9/1. If you combined those two bets in a score-cast then we get very tempting odds of 45/1.