Sadio Mane is trying to force through a £30m move from Southampton after Chelsea joined Manchester United in the race for the Senegal international.

With the winter transfer window now open for business, managers are working hard trying to strengthen their squads ahead of the second half of the season. Today, Chelsea and Manchester United are linked with Sadio Mane…. 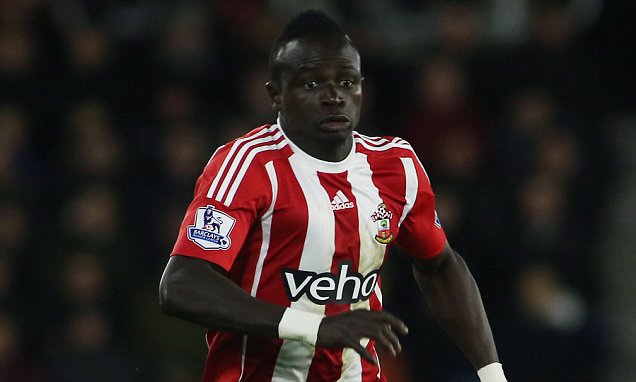 Sadio Mane is trying to force through a £30m move away from Southampton after Chelsea joined Manchester United in the race for the Senegal international, according to the Mirror.

The newspaper claims that Mane has made it clear to the South Coast club that he has no intention of signing a new contract and this will force the Saints in to cashing-in on one of their most valuable assets.

Mane’s current deal expires in 2018 and with Southampton unwilling to let him enter the final two years of his contract, the report suggests they will have no option but to sanction a £30m this summer.

The uncertainty over his future has led to intense speculation that Manchester United are keen on luring Mane to Old Trafford with the Mirror claiming United are pushing to get a deal done in January.

However, Southampton are adamant they won’t sell this month and it looks like United will now face stiff competition for his signature as the newspaper says that Chelsea and Bayern Munich have expressed their interest in signing the Senegalese international.

Mane has become one of Southampton’s most important players since joining the club from Red Bull Salzburg in the summer of 2014 after he hit 10 goals during his debut season in the Premier League.

The 23-year-old has continued his fine form this campaign with 7 in 19 appearances in all competitions so far, however, his performances have dropped in recent games as speculation intensified over his future on the South Coast.

Ronald Koeman axed the attacker from the squad at the weekend after he was late for a team meeting but the Dutch boss insists the player won’t be able to engineer a move away from the club in January, so a transfer at the end of the season appears more likely.

Where he ends up remains to be seen but it looks like he’ll have two of England’s biggest clubs vying for his services if he wants to remain in the Premier League with Chelsea and United ready to battle-it-over over his signature.