Arsenal take on Sunderland in the FA Cup at the Emirates on Saturday. Here’s a preview with team news, likely line-ups, betting tips and predicted score

Arsenal will begin the defence of the FA Cup when they take on Sunderland at the Emirates on Saturday afternoon.

We secured our second consecutive FA Cup with a comfortable 4-0 victory over Aston Villa at Wembley last May so we now embark upon the task of winning the competition for a third year in a row.

However, we head into the game sitting top of the Premier League following last week’s fortunate 1-0 victory over Newcastle United so you’d forgive Arsene Wenger if the cup wasn’t his first priority at present.

That’s not to say we shouldn’t take the competition seriously, because as holders we have an obligation to try and defend it, but I think it’s safe to say we should be putting the league as our main focus during the second half of the season.

Wenger has hinted he’s ready to rest some key men so the likes of Petr Cech, Hector Bellerin, Laurent Koscielny, Nacho Monreal, Mesut Ozil and Olivier Giroud could be given a breather.

David Ospina is expected to start in goal while Mathieu Debuchy should get a run-out despite Arsene confirming the Frenchman could leave the club on loan this month.

Mikel Arteta is back in contention after recovering from a calf injury while Joel Campbell should start in the attack along with Alex Oxlade-Chamberlain.

Wenger has suggested that Theo Walcott could start but Alexis Sanchez has been ruled out after failing to prove his fitness following a hamstring injury so the Chilean joins Danny Welbeck, Jack Wilshere, Francis Coquelin, Tomas Rosicky and Santi Cazorla on the sidelines.

Sunderland boss Sam Allardyce has confirmed he’ll make several changes to his starting eleven as he’s made no secret that the Premier League is his priority.

Youngsters Jordan Pickford and Tom Beadling could be handed their debuts but the Black Cats will continue to be without Younes Kaboul, Adam Matthews, Sebastian Larsson and Jack Rodwell. 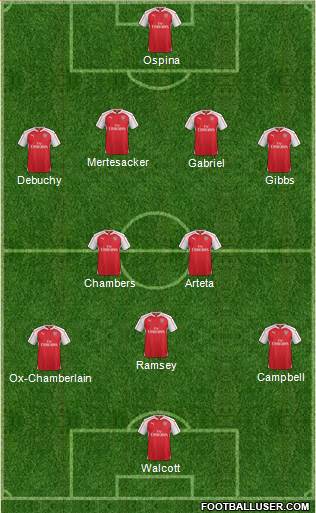 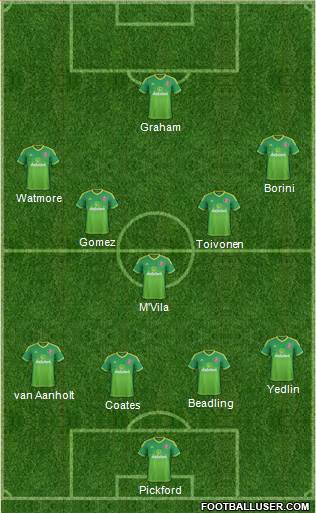 Arsenal 2-0 Sunderland: We’re likely to field a much-changed eleven but Arsene will still put out a strong team and one that is more than capable of beating an under-strength Sunderland side at home. So I’m backing the boys to ease to a 2-0 win.

Arsenal are the 2/7 favourites to win the game but Football-Talk can get you enhanced odds of 3/1 on a Gunners win – just click here to take advantage of these crazy odds. My prediction of 2-0 is on offer at 6/1 while I also like the look of Theo Walcott to open the scoring at 10/3. If you combined those two bets in a score-cast then we get very tempting odds of 14/1.