Arsenal will look to reclaim top spot in the Premier League table when they take on Stoke City at the Britannia Stadium on Sunday afternoon.

The Gunners have slipped to third after seeing Manchester City win and Leicester City get a point at Aston Villa on Saturday so it’s vital we pick up all three points tomorrow in order to move back to the summit of the table.

Wednesday’s 3-3 draw against Liverpool was a disappointment as we had a great chance to leave Anfield with a crucial win so Arsene Wenger will be desperate to get back to winning ways at what’s become a real bogey ground for the club.

We’ve won just one and lost four of our last seven league visits to the Britannia Stadium so we’re going to have to improve upon that record tomorrow if we’re to reclaim first place in the title race again.

Stoke have usually resorted to bully-boy tactics to beat us in the past but they are actually a decent football team these days under Mark Hughes so hopefully this could work in our favour tomorrow afternoon.

Arsene Wenger will make a late decision over whether to recall Alexis Sanchez to the starting eleven after the Chilean international recovered from a hamstring injury. But I think we’ll see the attacker named on the bench as the boss has hinted he doesn’t want to take a risk on him just yet.

Tomas Rosicky is back in full training but he needs at least another week before he’ll be under consideration for the first team so he remains unavailable for selection along with Jack Wilshere, Danny Welbeck, Francis Coquelin and Santi Cazorla.

Mohamed Elneny is eligible to make his debut after completing his move from Basel but I think a place on the bench is the best the Egyptian international can hope for tomorrow.

Stoke will be without Xherdan Shaqiri as the attacker is nursing a hamstring injury while Geoff Cameron is also out for the Potters with an ankle problem.

However, Marko Arnautovic is expected to be passed fit as he was withdrawn as a precaution against Norwich last week due to a minor hip injury. 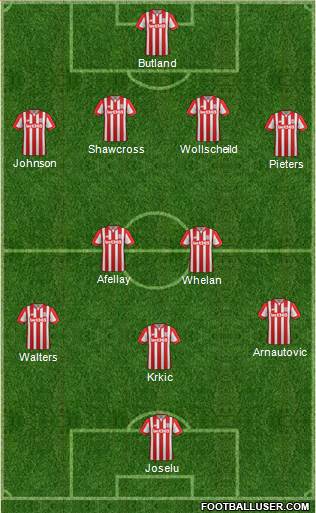 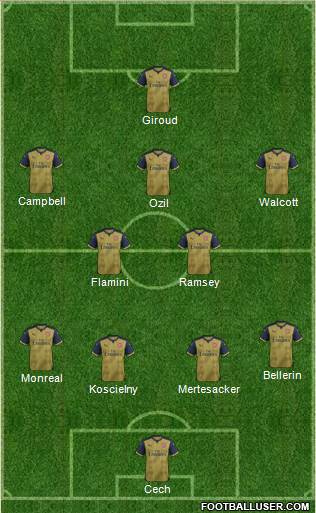 Stoke 1-2 Arsenal: We were dreadful at the back against Liverpool so we’ll have to tighten up if we want to get a result tomorrow. We know Stoke can play these days but hopefully their new-found style of play will help us and I think we’ll have just enough to secure a vital three points.

Arsenal are the even money favourites to win the game but Football-Talk can get you enhanced odds of 6/1 on a Gunners victory – just click here to take advantage of these crazy odds. My prediction of 2-1 is on offer at 8/1 while I also like the look of Olivier Giroud to open the scoring at 4/1. If you combined those two bets in a score-cast then we get very tempting odds of 22/1.