Liverpool will look to close-in on the top four when they entertain Manchester United at Anfield on Sunday afternoon.

The Reds salvaged a dramatic point with a last gasp equaliser to secure a 3-3 draw against Arsenal on Wednesday night so they’ll be hoping to use that as a springboard coming in to tomorrow’s crucial game.

Liverpool currently sit ninth in the Premier League table but they can go level on points with sixth-placed Man Utd with a win and move to within five points of the top four, so Jurgen Klopp will be desperate to pick up all three points

United saw their push for Champions League qualification suffer a blow after Newcastle denied them all three points with a stoppage time equaliser on Tuesday night so Louis van Gaal will also be looking to get back to winning ways.

The Red Devils now sit five points adrift of fourth-placed Tottenham after they beat Sunderland this afternoon so United could certainly do with getting one over their North West rivals tomorrow afternoon.

Liverpool will once again be without striker Daniel Sturridge as he continues to work on his fitness following another injury-plagued season.

Dejan Lovren is also set to miss out again with a hamstring injury so he joins Divock Origi, Joe Gomez, Philippe Coutinho and Martin Skrtel on the sidelines.

Kolo Toure is still feeling the effects of a tough night against Arsenal in midweek so Klopp may decide to hand loan signing Steven Caulker his full debut tomorrow.

Mamadou Sakho, James Milner and Jordan Henderson all made successful injury comebacks in midweek so they are expected to once again start on Sunday.

United will hand a late fitness test to Bastian Schweinsteiger as the midfielder is close to making his comeback from a knee injury but the German is unlikely to be passed fit just yet.

Phil Jones is also close to making his comeback from an ankle problem and van Gaal will no doubt give the defender every chance to prove his fitness after seeing his defence ship three goals at Newcastle.

Michael Carrick is certain to miss out so he joins Luke Shaw, Antonio Valencia and Marcos Rojo on the sidelines. 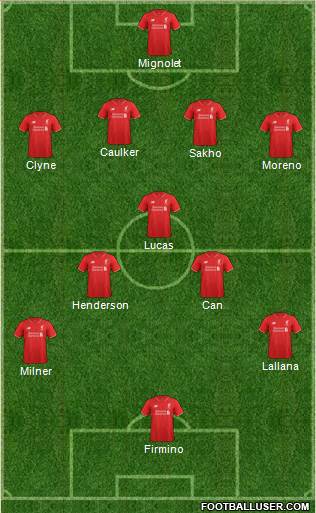 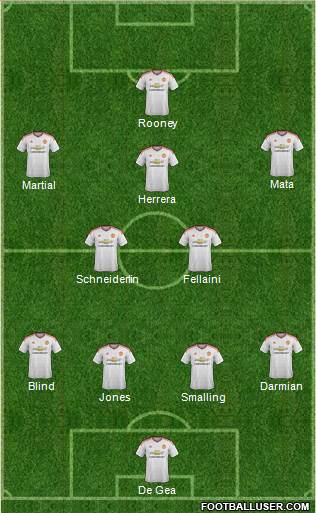 Liverpool 1-1 Man Utd: Liverpool showed great fight to salvage a point against Arsenal but they will have to tighten up at the back if they want to take anything from this game against United. Both teams have been plagued by inconsistent form all season and I can see this one ending in a draw.

The bookmakers are struggling to separate the two teams but Football-Talk can get you enhanced odds of 6/1 on Liverpool or 9/1 on Man Utd – just click here to take advantage of these crazy odds. My prediction of 1-1 is on offer at 11/2 while I also like the look of Roberto Firmino to open the scoring at 6/1. If you combined those two bets in a score-cast then we get very tempting odds of 35/1.