Manchester United will hope to break into the top four when they take on Southampton at Old Trafford on Saturday afternoon.

The Reds head into the weekend action following victory over north-west rivals Liverpool with Wayne Rooney’s second half strike earning a 1-0 win at Anfield last Sunday.

That result has left United sitting fifth in the Premier League table and just two points adrift of fourth-placed Tottenham so Louis van Gaal’s side will be looking to keep the pressure on with another positive result tomorrow.

However, Southampton should be in confident mood themselves after easing to a 3-0 victory over West Bromwich Albion last time out while Dustin Tadic netted the winner in this fixture last season, so Ronald Koeman will be hoping to get a repeat result against his old foe van Gaal this weekend.

United will have to make-do without the services of Ashley Young as the versatile midfielder is facing surgery after picking up a groin injury last weekend.

Bastian Schweinsteiger is also still on the sidelines with a knee injury and with Michel Carrick also nursing his own knee problem, Marouane Fellaini could keep his place in midfield.

Phil Jones remains on the sidelines with a foot injury so Daley Blind should continue alongside Chris Smalling at the back with youngster Cameron Borthwick-Jackson coming in at left-back.

Southampton will be able to call upon new signing Charlie Austin after he completed his move from QPR last weekend, although the striker may only make the bench with Shane Long continuing up front.

Graziano Pelle is still a doubt with an ongoing knee problem while Jay Rodriguez (foot) and Florian Gardos (knee) remain on the sidelines. 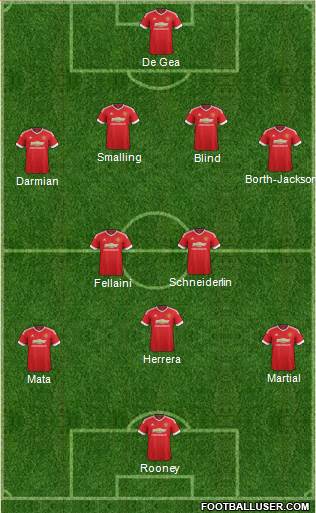 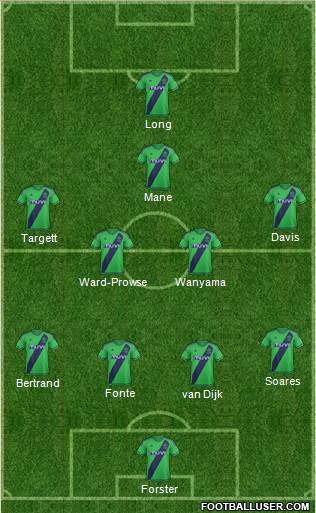 Man Utd 1-0 Southampton: United were slightly fortunate to leave Anfield with all three points last weekend and they are struggling to create chances in front of goal. However, I still fancy the Red Devils to edge this one on home soil tomorrow.

Man Utd are the 10/11 favourites with the bookmakers but Football-Talk can get you enhanced odds of 10/1 on a home win – just click here to take advantage of this limited time offer. My prediction of 1-0 is on offer at 5/1 while I also like the look of Anthony Martial scoring the only goal at 11/2. If you combined those two bets in a score-cast then we get very tempting odds of 18/1.