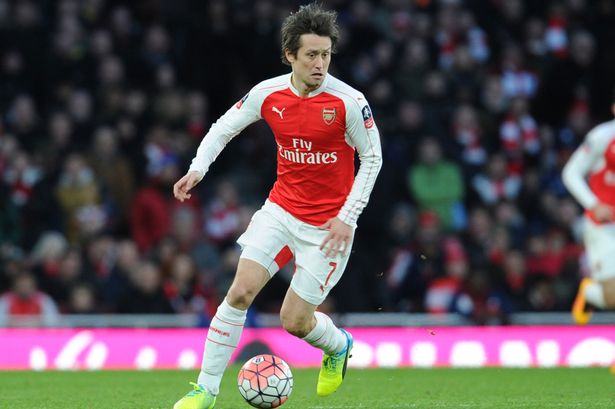 Arsenal have been dealt a blow after Tomas Rosicky suffered a fresh thigh injury yesterday which is set to keep him on the sidelines for the next six weeks, according to the Mirror.

Rosicky made his long-awaited comeback this weekend after making a second half substitute appearance during our 2-1 FA Cup victory over Burnley at the Emirates on Saturday afternoon.

The Czech international played the final 20 minutes in what was his first appearance of the season having missed the entire campaign so far with a knee injury that he sustained way back in June 2015.

However, Rosicky’s comeback hasn’t latest long as the Mirror are reporting that the midfielder picked up a thigh injury yesterday and is now expected to be out for another six weeks.

The 35-year-old will undergo further tests to determine the full extent of the problem but if the initial time-frame is accurate, then it will come as a major blow to Rosicky and to Arsenal.

The midfielder is out of contract in the summer so if Rosicky struggles to recover from this latest setback, there is a chance we may have seen him make his final appearance for the club.

It would be a sad end to what’s been a hugely frustrating career for Rosicky as his entire 10 years in North London have been hampered by various injury problems, which have restricted him to making just 170 Premier League appearances since joining the club in 2006.