Transfer news. Chelsea have been linked with making a huge move for an Arsenal super-star next summer. Find out who the player is and all the details here.

With the winter transfer window coming to a close, manager’s are working hard trying to strengthen their squads ahead of the second half of the season. Today, Chelsea are linked with a surprise swoop for Alexis Sanchez… 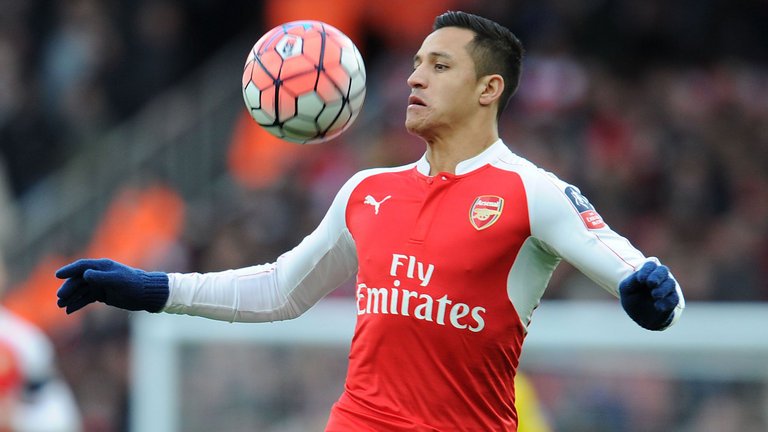 According to the Express, Chelsea will launch a huge bid to sign Arsenal super-star Alexis Sanchez if they are successful in luring former Chile boss Jorge Sampaoli to Stamford Bridge this summer.

Sampaoli became one of the most highly-rated coaches in world football after helping Chile lift the Copa American on home soil last summer and his success led to him coming second in the FIFA World Coach of the Year 2015.

The 55-year-old is now a free agent after quitting his role with the Chile national team but it looks as though he could be offered a chance to test himself in the Premier League next season with the Express claiming Chelsea are keen to lure Sampaoli to Stamford Bridge.

Guus Hiddink is currently in charge on a short-term basis after being brought in as interim coach until the end of the season following the dismissal of Jose Mourinho and it appears Roman Abramovich has short-listed Sampaoli as the man he wants to take over on a permanent basis this summer.

The newspaper suggests that Sampaoli is already learning English and would jump at the chance of managing Chelsea, and should he be successful in taking over the helm in West London, the Express say his first act will be to ask Abramovich to finance a big-money move for Sanchez.

This will be concerning news for Arsenal fans as Sanchez has been a huge hit at the Emirates following his arrival from Barcelona in 2014 and no doubt Arsene Wenger would do all he could to hang on to the 27-year-old if Chelsea do come calling this summer.

Sanchez is one of the most feared attackers in European football and has scored 35 goals in 74 appearances for Arsenal since his move from Barca, so it’s easy to see why Sampaoli and Chelsea would be keen on luring him to Stamford Bridge.

However, I don’t think Arsenal have too much to worry about. Sanchez seems content in North London and the Gunners are no longer in a position where they need to sell their best players, so I don’t think there’s any chance we’ll see Sanchez making what would be a controversial move across London any time soon.