With the winter transfer window coming to a close, manager’s are working hard trying to strengthen their squads ahead of the second half of the season. Today, Manchester United are linked with Mathieu Debuchy… 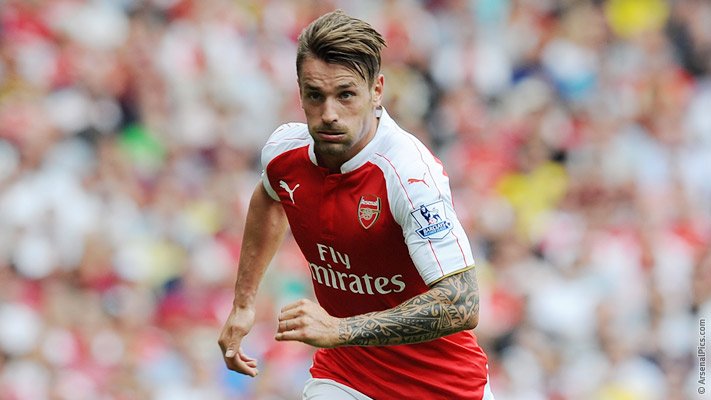 Arsenal boss Arsene Wenger has blocked an approach from Manchester United to sign out-of-favour Arsenal full-back Mathieu Debuchy on loan for the rest of the season, according to L’Equipe.

Debuchy has lost his first team place to Spanish youngster Hector Bellerin this season with the right-back making just two appearances in the Premier League so far this campaign and just seven in all competitions.

The 30-year-old has made no secret of his desire to leave the Emirates this winter in order to find more regular first team football ahead of the European Championships – which will be held in his native France this summer.

Aston Villa were the early favourites to secure his signature but the Mirror claim the Midland’s club have baulked at Arsenal’s demands of a £1.5m loan fee on top of paying all of Debuchy’s £60,000-a-week wages.

The newspaper suggested earlier today that Manchester United entered the race for the French international with Louis van Gaal in need of defensive reinforcements with five of his current defenders on the sidelines through injury.

Ashley Young, Antonio Valencia, Marcos Rojo, Matteo Darmian and Luke Shaw are all nursing injuries at present and Debuchy would have been an experienced addition to help fill the void at right-back during the second half of the season.

However, L’Equipe are now reporting that Wenger has rebuffed United’s attempts to land Debuchy on loan until the end of the season with the French outlet claiming the Gunners boss didn’t want the defender to join a direct rival.

This news hardly comes as a surprise as Wenger was always highly unlikely to be willing to do business with United, so it looks as though van Gaal is going to have to look elsewhere.

L’Equipe state that Debuchy is now set to complete a loan switch back to Ligue 1 side Bordeaux before the transfer window closes later tonight.