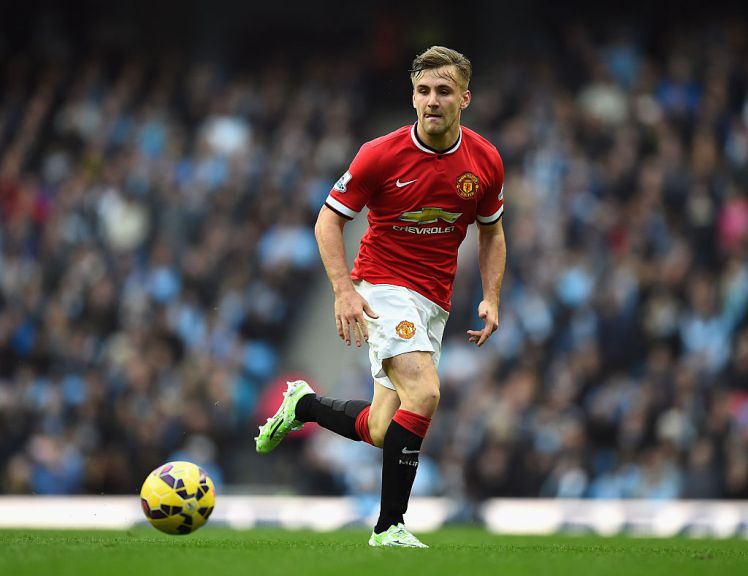 Manchester United have been handed a timely injury boost with the news that Luke Shaw could make his return from a broken leg next month, according to the Independent.

Shaw has been on the sidelines since suffering a double leg break during United’s Champions League clash with PSV Eindhoven in September and the left-back wasn’t expected to play again this season.

However, it looks like Shaw is making good progress in his rehabilitation programme as the Independent are reporting that Shaw’s latest medical update has been a positive one with United now bringing his possible comeback date forward to March.

The 20-year-old was spotted back at United’s Carrington training base on Monday and the newspaper suggests that the player is now eyeing a return to first team action during the final weeks of the season.

Obviously there is still a long way to go for Shaw before he’ll be considered for a return to the squad but the fact he’s ahead of schedule will come as a major boost to manager Louis van Gaal.

The Dutch boss has seen his defensive options decimated this season with Antonio Valencia and Marcos Rojo joining Shaw on the sidelines with serious injuries while Matteo Darmian, Phil Jones and Ashley Young have also picked up injuries in recent weeks.

The lack of options has led to van Gaal being forced to play youngsters Cameron Borthwick-Jackson and Guillermo Varela in the full-back positions recently so the United boss will be desperate to get some of his senior defenders back soon.

United will no doubt be cautious with Shaw’s recovery and not rush him back but it would be a huge bonus if the youngster was able to return in time to play some part in their final games of the season, and it could put Shaw back in the frame to make Roy Hodgson’s Euro 2016 squad.