Tottenham Hotspur will look to continue their title push when they take on Watford at White Hart Lane on Saturday afternoon.

Spurs come in to the game in fine form after they climbed above North London rivals Arsenal in to third spot in the Premier League with an impressive 3-0 victory at Norwich on Tuesday night.

Mauricio Pochettino will be hoping his players can not only cement their position in the top three with a positive result tomorrow, but they’ll also be looking to cut the gap on leaders Leicester City with the Foxes currently sitting five points ahead at the top of the table.

However, Watford won’t be an easy task as they head to the Capital off the back of a hard fought draw at home to Chelsea last time out and Quique Sanchez Flores’ side can climb as high as seventh win a win.

Spurs midfielder Dele Alli is expected to be passed fit for selection despite being taken off at half time during Tuesday’s win at Norwich after complaining of feeling dizzy.

Ryan Mason could finally return to the squad after recovering from an ankle injury but Clinton Njie and Jan Vertonghen are both out with knee problems.

Ben Davies and Eik Lamela are pushing for recalls to the starting eleven after being left on the bench in midweek.

As for Watford, they will hand late fitness tests to Etienne Capoue and Miguel Britos as the duo are both suffering from illness while new signing Mario Suarez could be handed his debut in midfield.

On-loan defender Nathan Ake is expected to return to the starting eleven after being ineligible to face his parent club on Tuesday but Tommie Hoban (groin) and Joel Ekstrand (knee) are both out. 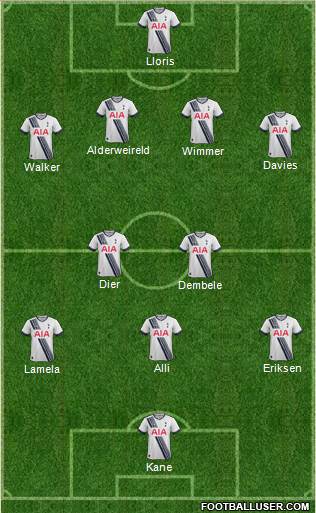 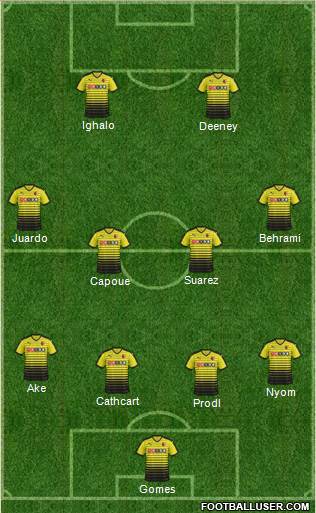 Tottenham 2-1 Watford: Spurs have been in decent form of late and were hugely impressive during their win at Carrow Road in midweek. I do expect Watford to cause some problems as Deeney and Ighalo are a match for any defence but I think Spurs will have too much quality in the end.

Tottenham are the 1/2 favourites with the bookmakers but if you want a bit more value then my prediction of 2-1 is on offer at 15/2. I also like the look of Harry Kane opening the scoring at odds of 3/1. If you combined those two bets in a score-cast then we get very tempting odds of 16/1.